The McLean Basin South Rim Trail is a back country route in Canyon of the Ancients National Monument near the southern border of Colorado and Utah. 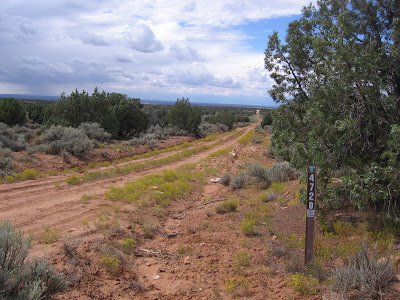 The route follows the dirt road marked 4720 west. This road is about 1.4 miles south of the turnoff for the Painted Hand Pueblo along paved route 10, and about 8 miles north of the Visitor Center for Hovenweep National Monument. 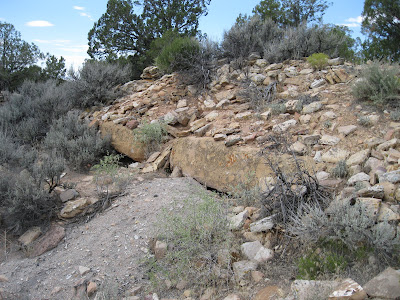 Canyons of the Ancients National Monument has a very high density of Ancestral Pueblo ruins sites. There are only a few designated trails to major sites. For the rest of the area, visitors are encouraged to discover them on their own. There is a rubble pile site in the first mile, close to the road on the south side. This site has some wall sections still holding together on the south end.

A short distance past this site, there is an overlook view point to the north toward Mclean Basin. The elusive McLean Basin Towers are visible from here, about 2 miles away, at the base of some cliffs. 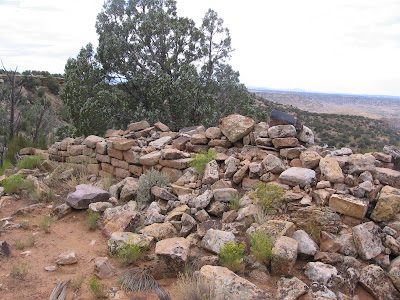 At a point about 3 miles down the trail, near a view point to the north there I saw an intact wall section. Wall and room sections extend and curve around the rim of a side canyon over looking an area called McLean Basin. This site doesn't have a name that it publicly advertised, but appears to be called the Pedro Point site. 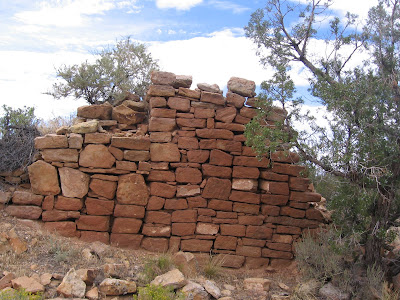 Continuing on around the rim, there are more large rubble piles and more intact wall sections. This site appears to be as large as some of the outlying Hovenweep Sites, but hasn't held together as well overall. It also appeared to be constructed very close to the canyon edge and to spill over the side, with structures extending down into the lower area. 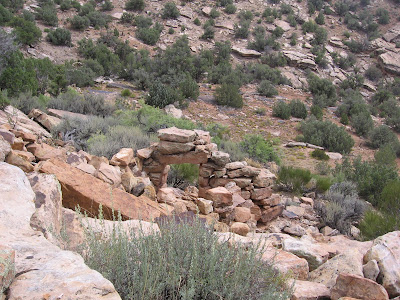 Peering over the edge, there is an odd stone doorway structure. There are remains of other structures down below. There are some small alcoves under the canyon rim. 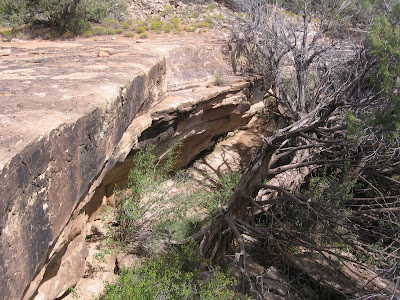 This site appears to have a seep spring, a source of water, and there are some cottonwood trees growing, a give away that there is water available here. Most of the site appears to be sitting on an outcrop of bare rock, giving it a firm foundation. I couldn't see any signs of mortar in the intact wall sections. 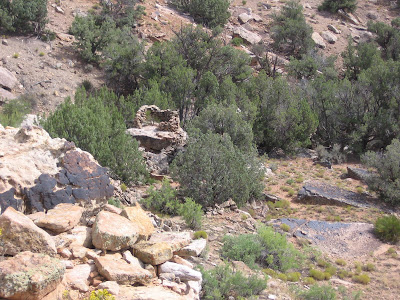 A small circular structure appears to be perched on a boulder. There are structures perched on boulders at several of the nearby sites of Hovenweep. 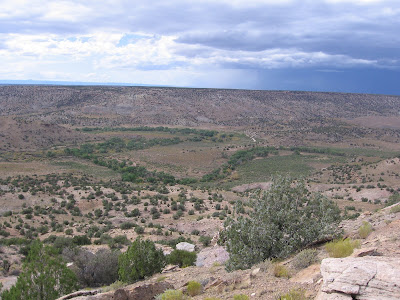 The rough road continues on and dead ends at a good view point. Below, in Cross Canyon, there is a meandering stream marked by trees and some dirt roads. It took me about 2:00 hours to get to the overlook point and 1:30 to get back for a total hike of 3:30 hours for about 7 miles.

It is possible to hike down into McLean Basin from Pedro Point and find two or three ruins sites in the area below. The elusive McLean Basin Towers are also down below but further east.

There are other small sites in this area that I found on later hikes. Use the Pedro Point related labels to find these sites.

Posted by Todd Lochmoeller at 6:30 AM