On June 30, 2012 at 12:00 noon, smoke from the Weber Canyon forest fire is visible from the Escalante Pueblo overlook points at the Anasazi Heritage Center near Dolores in southwest Colorado. One of the interpretive signs on the hilltop at the end of the 1 mile round trip hike has these comments about the surrounding landscape. 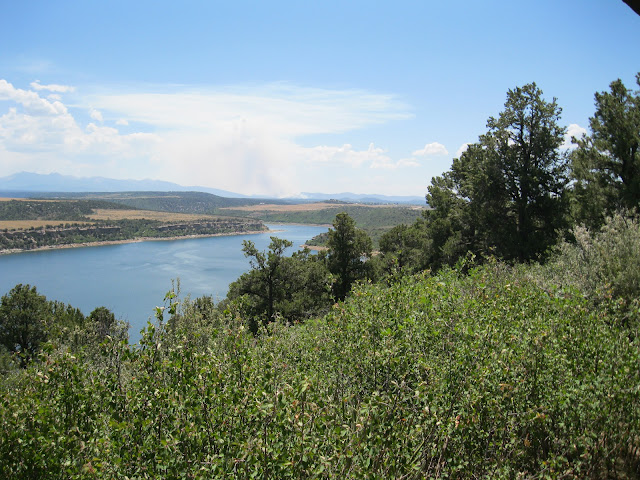 From this hilltop one can view the six directions significant to Native Americans – north, south, east west, zenith (above) and nadir (below). It is a place to watch the sun during its yearly journey along the horizon, a place to gaze at stars in the night sky, a place to observe and appreciate the diversity of the landscape that surrounds you. 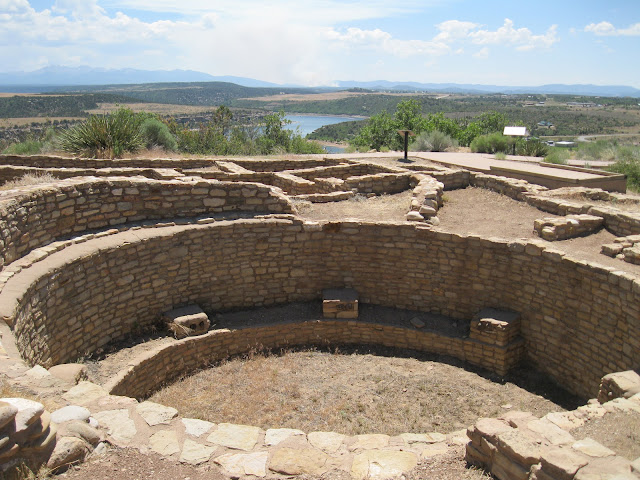 They understood that humans are not distinct, separate beings from the natural environment but that every act and thought of any human being affects the cosmos. They moved through the land with a sensibility that allowed nuances of the wind, sun and ground to affect their decision making…Their sense of home, or place, was in the space between the earth and sky and not with a specific human-built structure.

Posted by Todd Lochmoeller at 3:41 PM