There are seven or eight small Ancestral Pueblo Ruins sites in Rock Creek Canyon that are visible from the East Rock Creek Trail at about the 2.0 mile mark when hiking along the east rim. There are horse trails down in the canyon to follow to visit these sites. The East Rock Creek Trail is a side loop off of the Sand Canyon Trail, 12 miles west of Cortez on County Road G in southwest Colorado. 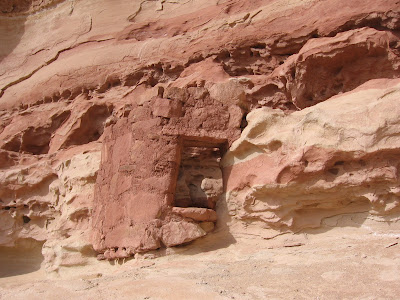 I followed the East Rock Creek Trail to the 1.5 mile post near the canyon rim, then turned south along the horse trail for a few hundred yards until I found a path that leads down into the canyon. In the area of the trail post there is a steep drop off. In the canyon bottom there are horse trails that follow along the creek bed. Following north for about 0.7 miles, there are two minor sites in the first side canyon to the right. There is a good granary here and a wall section. I had to look around to find the notch to climb up on the shelf to see the sites. (In 2011 these side trails are considered closed.) 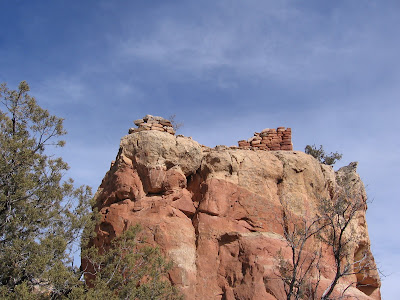 Back at the creek, look for a horse trail that heads west across the canyon toward a rock outcrop in the center, there are some wall sections on top of the outcrop and rubble piles around the base. This site is somewhat like the Castle Rock site at the Sand Canyon Trail Head. Around the north side someone has leaned a log that looks like a primitive ladder. 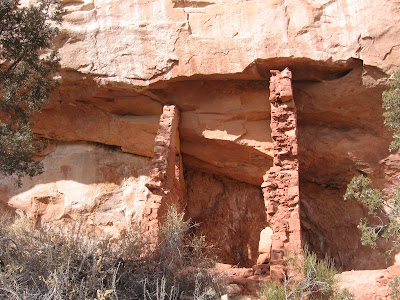 A short distance further west, directly toward the west wall in another small site with tall walls forming an odd narrow room, with a lower walled room to the left. 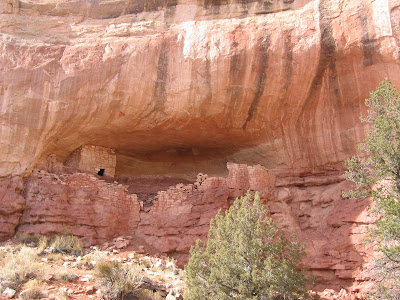 The horse trail then follows north along the west canyon wall to a larger alcove ruins. This one is visible a mile away when approaching from the south. The horse trail continues further north but I only followed it about 100 yards and then retraced my steps. Between this site and the narrow wall site, there is another castle rock type site that is mostly rubble piles. 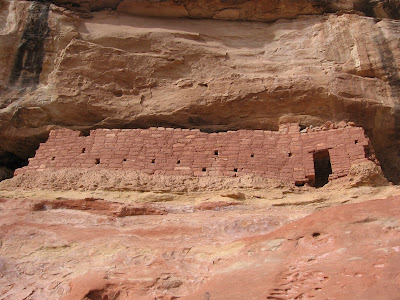 From the west wall sites, I retraced my steps back to the creek bed along the east wall and then continued north along the creek bed. Past a barbed wire fence there is a horse trail leading east up the south side of another side canyon. A spur trail leads across to this site on the north side of the side canyon. This site is more than just the alcove cliff dwelling. 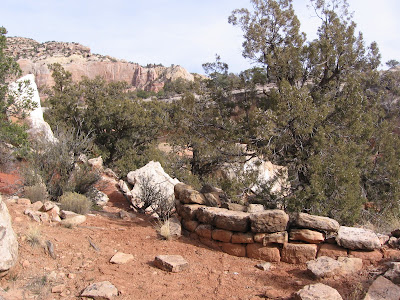 Below the cliff dwelling, there are large rubble piles and the remains of a circular structure. Returning to back to the horse trail it continued further east and climbed back up to make an obscure junction with the East Rock Creek Trail, making a loop hike possible. This junction is barely noticeable and is before the 2.5 mile post, so it is shorter to hike back counter clockwise around the East Rock Creek Trail, though clockwise will work also. My hike along the horse trails was about 6 miles and took about 4:00 hours.

Posted by Todd Lochmoeller at 5:17 AM