The East Rock Creek Trail was the 5 mile loop off of the Sand Canyon Trail in Canyons of the Ancients National Monument in southwest Colorado about 12 miles west of Cortez. In 2011 there has been some renaming and reorganization.

About half way between the 1.5 and 2.5 mile posts clockwise around the old loop, there are at least seven small Ancestral Pueblo Ruins visible from the trail west across the Rock Creek Canyon. 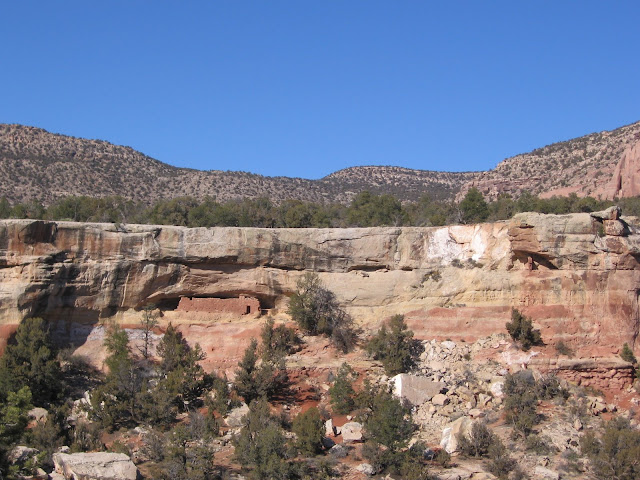 This pair of structures is about 0.25 miles south of 2.5 mile post. They are in the northern of two side canyons off of the Rock Creek Canyon. Below these two alcove structures there are the rubble piles of a pueblo. 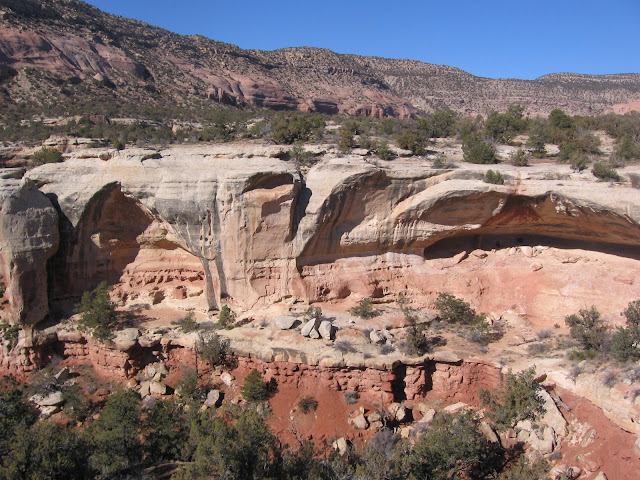 Two more small sites are in the southern east pointing side canyon. The East Rock Creek Trail skirts along the edge of this side canyon, but the sites are somewhat obscured by the Pinon Pine and Juniper forest and are off to the west, not easily noticed when hiking and looking straight ahead. The site to the left looks like a good granary. 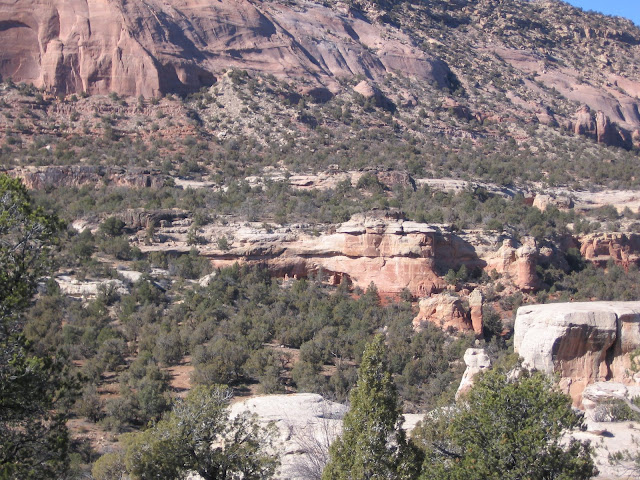 Binoculars are handy to view these somewhat distant sites. There is a site on the far canyon wall in the middle of this view. The rock outcrop in the middle of the canyon floor is also a ruins site, but not easy to see from the rim.

It is good strategy to spot these sites before hiking down into the canyon for closer views, so you know what you are looking for and where they are in relation to each other. (However, in 2011 the side trail down for the closer look is considered to be closed.) 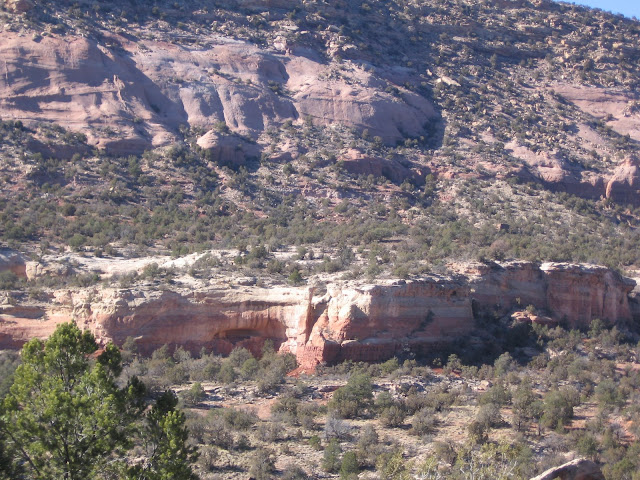 A little to the north of the previous two sites there is another alcove site. This alcove is visible a long distance away and was the first one visible approaching from the south.

In the early sections of the trail the geologic layer, Entrada Sandstone, that forms good alcoves is above the trail, but this layer descends below the trail in the middle part of the hike.
Posted by Todd Lochmoeller at 6:26 AM