The Sand Canyon Trail in Canyons of the Ancients National Monument in southwest Colorado is probably the best hiking attraction of the this relatively new Monument. It runs for 6.5 miles north and south with the south trail head located about 12 miles west of Cortez, CO on County Road G. In 2011, there have been some management changes to the area. 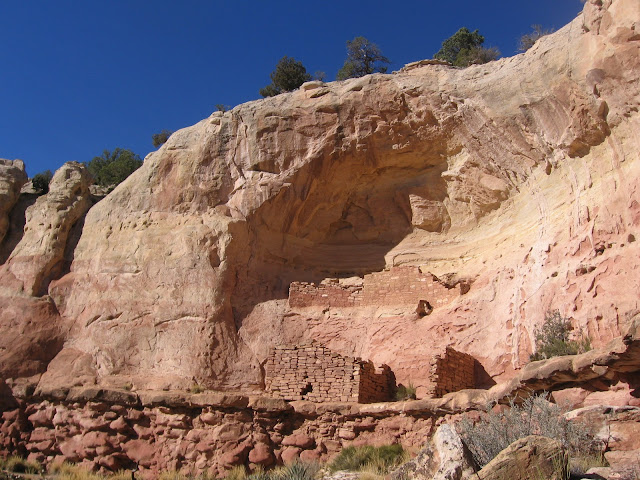 There is a loop trail at the south end of Sand Canyon called the East Rock Creek Trail that connects to the main Sand Canyon Trail at 0.25 miles and about 1.8 miles. (In 2011 these connections are now called connecting trails to the renamed East Rock Creek Trail.) On the main trail there are at least two Ancestral Pueblo ruins sites to see past the Castle Rock Pueblo before the second trail junction. One of these is the Saddle Horn Ruin named for the shape of the rock formation it rests under.

Past the second junction there are at least eight more sites before the trail climbs steeply to the upper trail head. The third and fourth ruins sites are visible at the same time in adjacent alcoves. These two are about 2 miles up the trail just past the connecting trail East Rock Creek Junction. 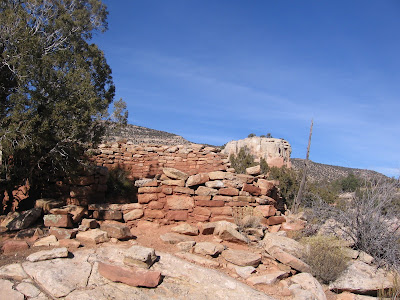 The 5th ruin is a tower that is on a spur trail to the canyon rim. This is the only ruin site along this section of trail that is not in an alcove. From the canyon rim there are alcoves that can be scanned with binoculars away on the east side. There is at least one good site that can be seen out of at least eight that are over there. The unmarked East Sand Canyon Trail starts at the small sign that says “Sand Canyon” at about 3.3 miles. (in 2011, the side trail to east Sand Canyon is considered closed.) 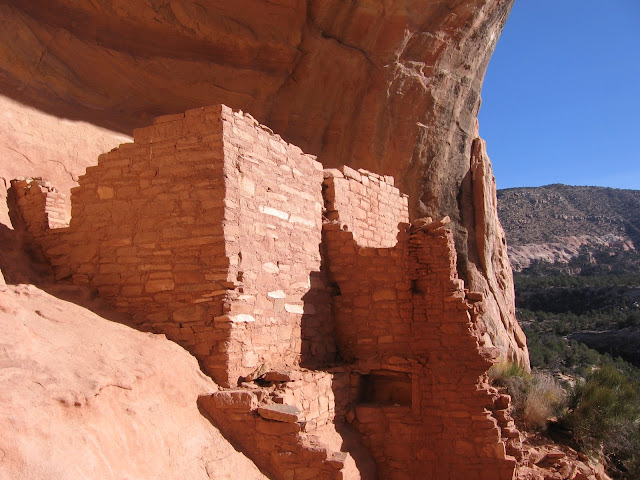 The 6th and 7th ruins sites are located close together in adjacent alcoves. The spur trail for the relatively large 7th site leads right up into the alcove allowing a very close viewing. I think this is the largest of these along the trail sites. The very large Sand Canyon Pueblo is located at the north trail head and these smaller sites are strung out on both sides of the canyon. 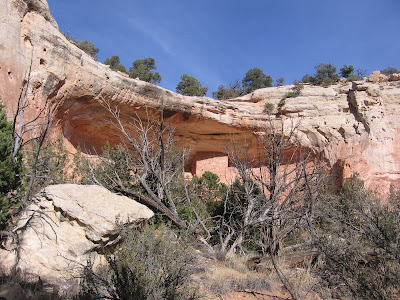 The 8th ruin is also relatively large. All of these alcove sites are positioned facing the south and get good exposure to the sun. 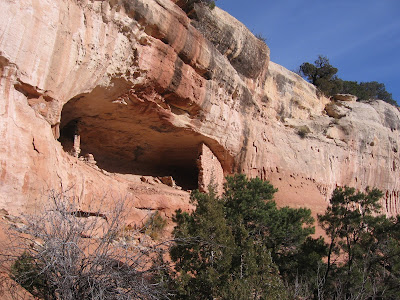 The 9th is a small site to one side of a large alcove. These sites are mostly only a short distance above the trail. 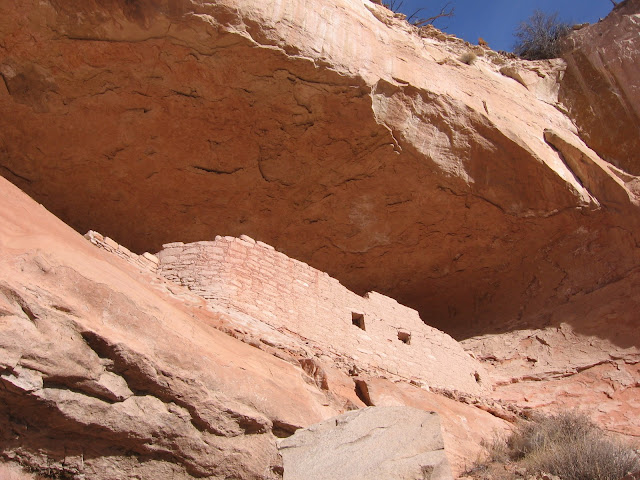 The 10th small ruins site along the south end of the Sand Canyon Trail is located close to the 9th in the same side canyon.

It took me about 2:00 hours to get to the point, about 3.3 miles, where the trail gets steep ascending to the north trail head and about 1:30 to return to the trail head for a total of 3:30 hours. I skipped past the Castle Rock Pueblo and the first two sites that are also part of the old East Rock Creek Loop Trail , but if you are a first time visitor here you certainly want to stop for these also. (In 2011 most of these sites now have publicized names.)

Posted by Todd Lochmoeller at 5:59 AM