The east rim of McLean Basin  can be accessed along a minor dirt road in Canyons of the Ancients National Monument in southwest Colorado. This road is about 0.5 miles south of the turnoff for the Painted Hand Trail or 8.5 miles north of the visitor center for Hovenweep National Monument. 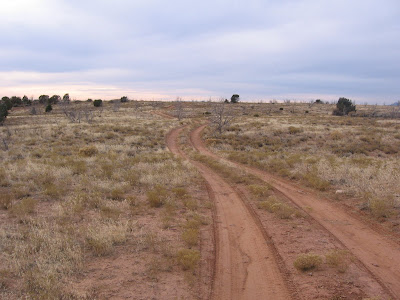 The scattered dead Juniper trees in this mesa top area mostly show burn marks and they appear to have experienced a recent forest fire. The road extends for about a mile to a lookout point overlooking the McLean Basin. 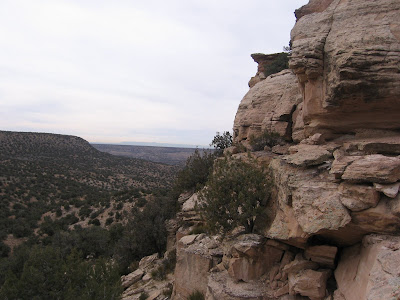 Rather than follow the road, I hiked to the left into the Pinon Pine and Juniper forest and tried to follow a drainage down into McLean Basin. There are Ancestral Pueblo tower structures in McLean Basin, but they are not well known. The drainage I followed eventually dropped steeply over a cliff and I hiked back to the rim, and back along the road. 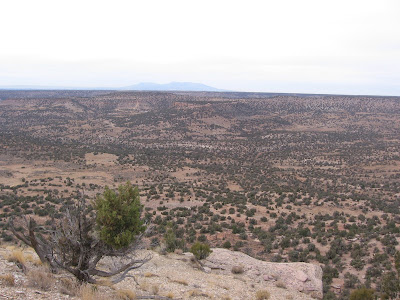 From the lookout point at the end of the dirt road I scanned the basin for the elusive towers but I didn't see them. I continued scanning along the north rim of this area and enjoyed the good views, but still didn't discover any ancient sites. (The Towers are visible at an overlook near the beginning of the Pedro Point Road, the next road south. They are in the northeast part of McLean Basin.) 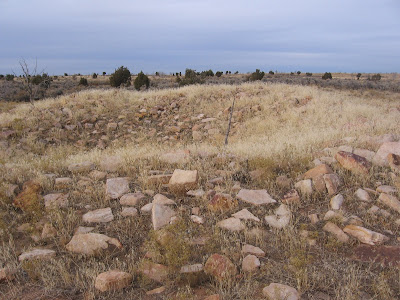 Cutting back across the scorched Juniper fields I tripped over a ruins site that was only about 200 yards from where I parked. This site appeared to be circular and has a deep depression in the center. At other locations, similar looking sites are usually identified as Great Kivas. 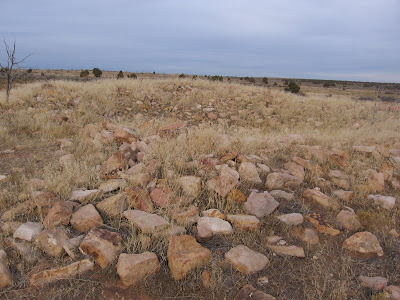 The Scorched Juniper Great Kiva (my unofficial name) is very close to the dirt road and can  be seen from the paved road if you know to look for it. Unlike many of the other sites in the Hovenweep area, it is not located right at the rim of a canyon. 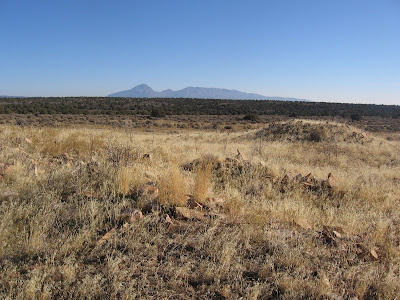 Scanning around the vicinity of the Great Kiva with binoculars, there appeared to be a similar site about 0.3 miles to the north. The second site was a little larger and appeared to be more of a village, with a small kiva and several other structures, all collapsed. The village site was on a high spot and had good views toward both Sleeping Ute Mountain and the Blue Mountains near Monticello, Utah. My hike in this area was about 3:00 hours, much of the time scanning and exploring.

Getting to Know Canyons of the Ancient National Monument

Posted by Todd Lochmoeller at 4:12 AM