The Painted Hand Pueblo Trail is a 0.75 mile loop trail that visits an Ancestral Pueblo Ruins site in Canyons of the Ancients National Monument in southwest Colorado near the Utah border. The trail head is down a dirt road off of paved County Road 10 about 10 miles north of the visitor center of Hovenweep National Monument. 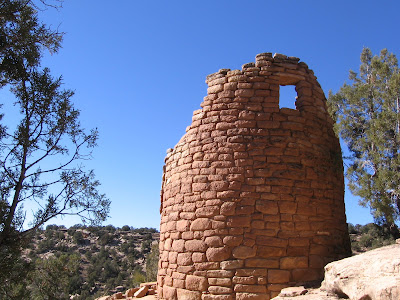 The trail travels along the west Hovenweep Canyon rim and descends roughly down to the tower structure that has become the symbol the relatively new National Monument. 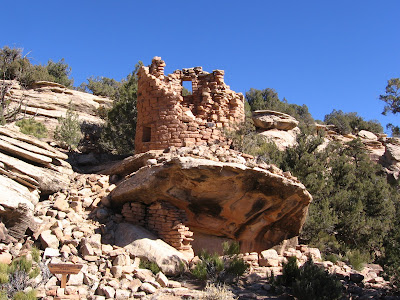 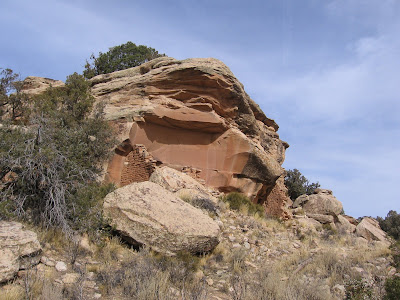 Past the main tower, there is another partial tower and two wall sections. The Painted Hand site is not far from the Cutthroat Castle site of Hovenweep. These structures all date from the 1200s and were abandoned by the early 1300s. 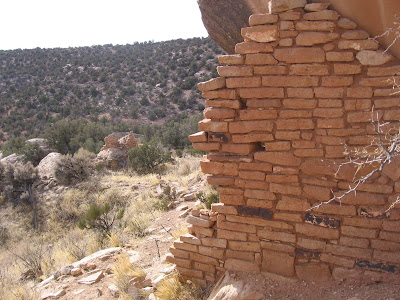 This site is surrounded by Pinon Pine and Utah Juniper forest and overlooks a basin that is mostly sagebrush. I didn't see any sign of seep springs or other water at this site. 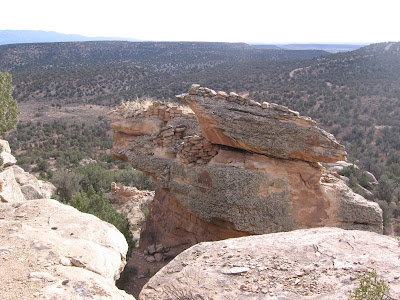 Climbing back to the canyon rim, some wall sections perched on the top of a very large boulder are visible. These are not obvious from the area below the rim. Building on the tops of boulders is common at some of the other sites in this area. 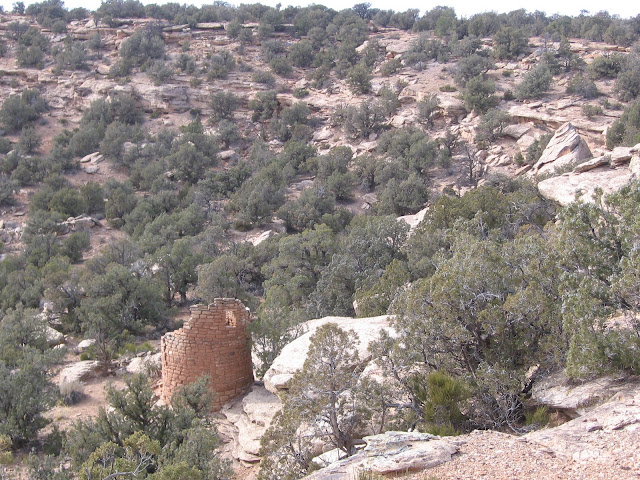 Posted by Todd Lochmoeller at 5:42 AM