Burro Canyon is tributary to Yellow Jacket Canyon from the east and is more or less in the center of the Canyons of the Ancients National Monument in southwest Colorado. The access is the west extension of County Road N, west of the north trail head for the popular Sand Canyon Trail.

A short distance past the Canyons of the Ancients sign is the north and west leading Burro Point road, which I've called the Burro Canyon North Rim Trail. 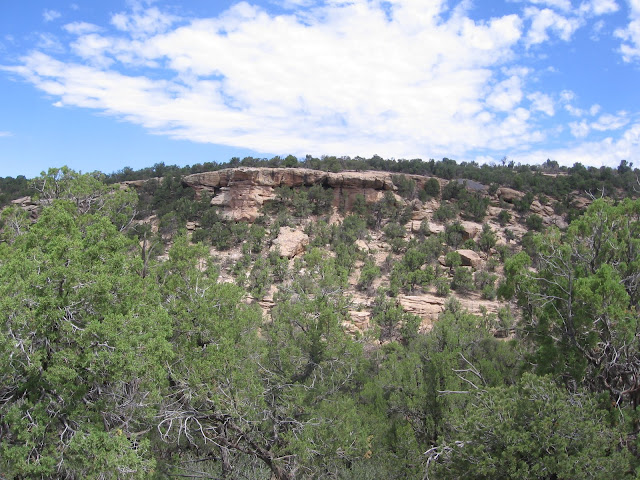 I started at the junction where the Burro Point road starts and hiked north for a few minutes, then turned west off the road under the major power lines and hiked northwest, no trails here, looking along the drainages at the head of Burro Canyon.

Along the northern most canyon fork there was a section of cliffs with some rubble down the slope that looked like it could be an Ancestral Pueblo ruins site. I was approaching from the south rim and had a good view across. The descent from the south side and climb up were easy. 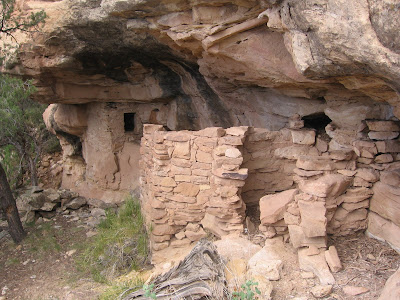 I didn’t see any wall sections until I was all the way into the alcoves, but there are several well preserved structures hidden under the protective rock cover. The small storage room looks nearly perfect and the door for it may be lying to the right side. 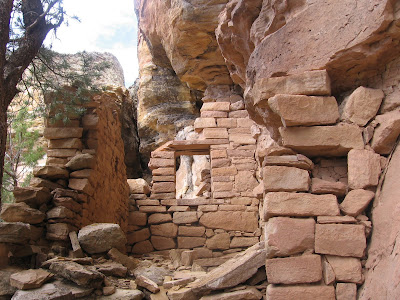 There is a series of small rooms still partially holding together. From where I started it is about 1.5 miles to this site and it took me 1:20 hours to find it. The cliffs behind the site are steep, but I found a place maybe 30 yards back to the east to climb to the rim. I was ready to return to my starting point but wanted to scan up and down the canyon from the elevated position. 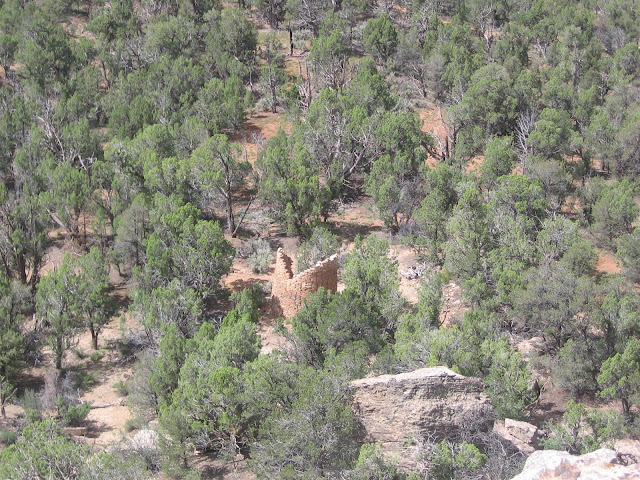 Hidden in the thick Pinon Pine and Utah Juniper forest slightly to the west is a very large tower structure. Towers are mysterious. Some appear to be clearly positioned at view points but this one can hardly be seen until you are right next to it. I didn’t see it from the south rim or from the ruins site.

It is lucky that I chose to climb to the north canyon rim or I would have missed it. I climbed back down to the canyon floor for a closer look. 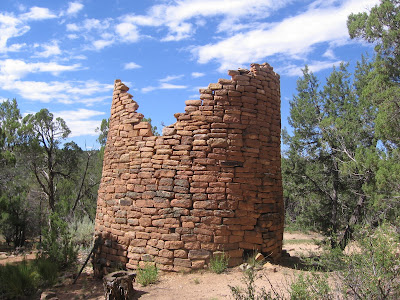 This is a very large diameter and tall tower. There is some rubble near the tower but the shape of these lower rooms isn’t very clear. About 1 mile down the canyon from this tower there are some rim structures that might have a line of site to here. I saw these on the Burro Canyon south rim hike. 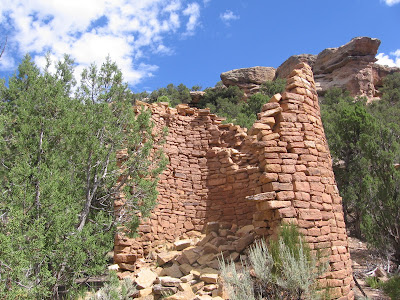 The cliff ruins site has a distinctive rock formation that overlooks the tower. I started my return back the way I came, up the south side canyon slope and walked east along the rim. Even knowing where the tower is located I could barely see it through the forest. About 100 yards east, up canyon, it looked like there was a collapsed large circular structure near the canyon floor, but I only viewed it from the rim.

My total hike was 3:30 hours for about 3 miles. I carried and drank 3 liters of water on an early July day. The temperature was about 68 F degrees at 9:00 AM and about 80 F at 12:30 when I finished. I didn’t have any trouble with the biting gnats that are a nuisance mostly in June.


Posted by Todd Lochmoeller at 3:24 PM