The Pedro Point road leads to one of the easiest to find of the unpublicized Ancestral Pueblo ruins sites in the Canyons of the Ancients National Monument in southwest Colorado.

The Pedro Point route follows the BLM dirt road marked 4720 west. This road is about 1.4 miles south of the turnoff for the Painted Hand Pueblo along paved County Road 10, and about 8 miles north of the Visitor Center for Hovenweep National Monument. 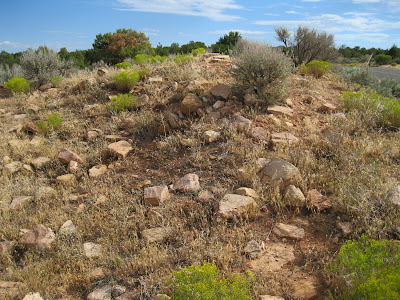 About 0.25 miles south of the Pedro Point Road, there is a cattle guard and a sign that says “No Blading in Barrow Ditches between Signs.” The reason for no blading is the rubble pile ruins site that is very close to the road.

If you don’t hike to any of the hundreds of wild ruins sites while visiting the Canyons of the Ancients, you can at least see this one driving by. I started my hike by visiting this site and continued hiking southwest, using a compass as there aren’t any old roads or trails to follow. The walking is easy through sagebrush with scattered Utah Juniper trees. About 1 mile southwest is an obvious rocky hilltop that I headed for. 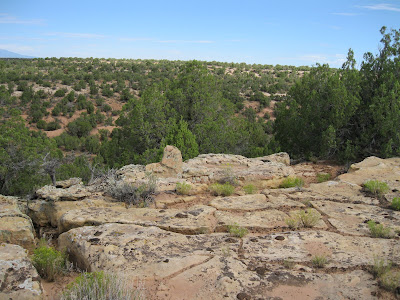 I didn’t notice any ruins on this hilltop despite seeing a number of pottery shards that had washed down the drainages. Looking north, there is another rocky hilltop between the one I was on and the Pedro Point road hilltop. I had good luck there later. 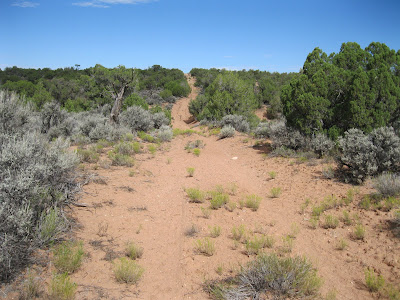 After about 1:15 hours of hiking to the southwest, I came across a trail that leads northwest. This trail looked like a mineral exploration trail. I decided to follow it until it seemed to fizzle out at the drainage between the two hilltop areas. Looking at Google maps, this trail looks like it connects with County Road 10 further south. There was more pottery visible in the washes through this area, but I didn’t see any ruins sites. 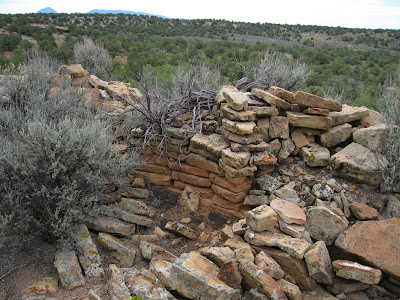 While traveling north and east across the drainage, I spotted a fairly large site on the south side of a hilltop that overlooks a junction of large drainages. The site was mostly on the rim and spilled down below the rim. There are a couple of places where the brickwork is still mostly intact. I was 2:00 hours into my hike when I arrived at this site. 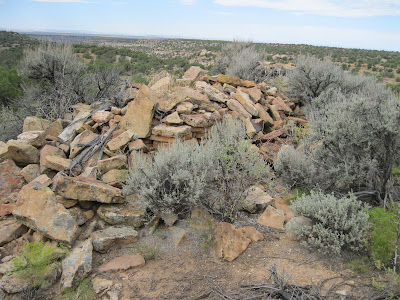 The site has a good view down canyon to the southwest. Some of the formations in the northern part of the Navajo Reservation were visible in the distance, like Black Mesa. 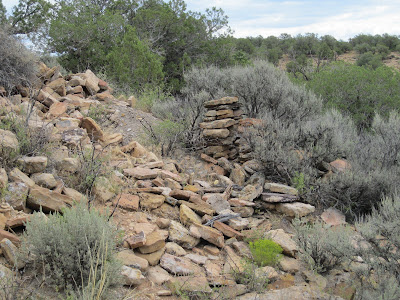 Much of the rubble material had spilled downhill with a few bricks still standing. On the way to this site, I walked over a very small rubble pile site in the small valley directly south. That site was obscured by sagebrush so well that I was walking on it when I noticed it. It would be hard to find it again, but it is in easy range of this larger ruins site. 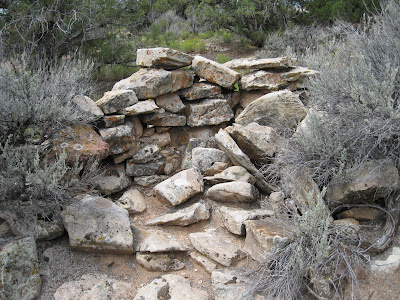 Hiking north and east I intersected the Pedro Point Road close to the rubble pile ruins site that is in the first mile from the junction with County Road 10. This site might not be noticed if you drive to the large Pedro Point site but should be noticeable to hikers. 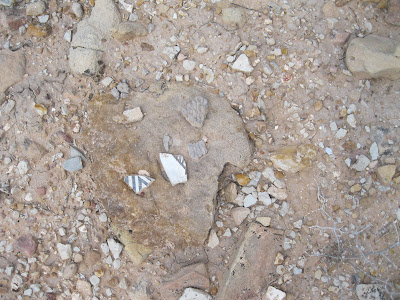 Posted by Todd Lochmoeller at 4:52 AM