The Pedro Point road leads to one of the easiest to find unpublicized Ancestral Pueblo ruins sites in the Canyons of the Ancients National Monument in southwest Colorado. The route follows the BLM dirt road marked 4720 west.
This road is a west turn, about 1.4 miles south of the turnoff for the Painted Hand Pueblo along paved County Road 10, and about 8 miles north of the Visitor Center for Hovenweep National Monument. 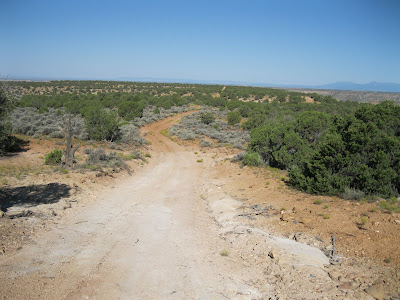 On this hike I was looking in the area south of the Pedro Point Road about half way to the well known ruins site. I drove the first 0.6 miles to the point where there is a good overlook to the north into the McLean Basin, then starting hiking along the road, but mostly looking at the heads of the large side canyon on the south side of the road.

After about 25 minutes and 0.8 miles, I turned south and followed along the west rim of the long side canyon. 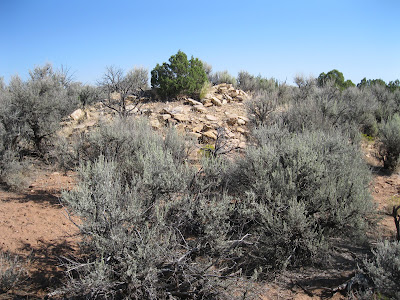 After less than 0:10 minutes of hiking, I noticed a tall rubble pile within about 100 feet of the canyon rim. There is a second smaller rubble pile on the west side. 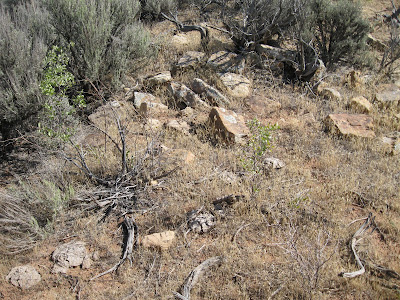 There isn’t much definition to the rubble pile combination. These two structures seem to be isolated, about 1.5 miles southeast of the large Pedro Point site. 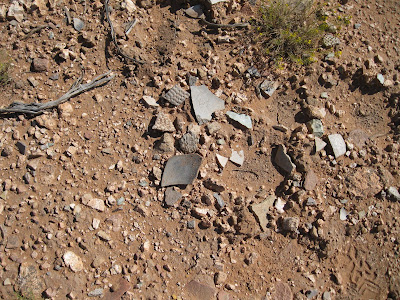 There were many pottery shards associated with this site. I mostly saw plain white pieces and corrugated with a few painted designs. 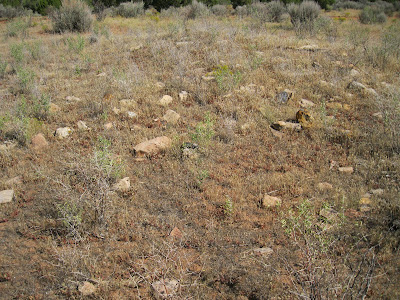 I continued west through a wide sage brush field without seeing any other sites, then turned north and intersected the Pedro Point Road about 0.8 miles east of the large Pedro Point site. Near where I found the road there is a small rubble pile close to the south side of the road. This site would probably not be noticed if you are driving but hikers should see it. 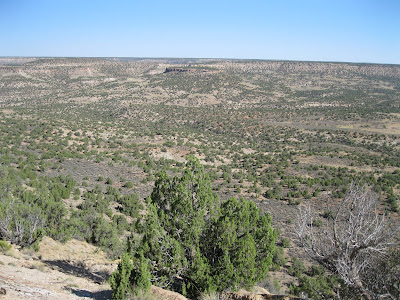 The return hike to my starting point took 0:40 minutes for about 1.6 miles. My total hike took 1:45 hours for about 4 miles. It was an 80 F degree early September morning. I carried and drank 2 liters of water.

There are viewpoints along the Pedro Point Road into the wide McLean Basin. The elusive McLean Basin Towers are visible with binoculars below some cliffs toward the northeast side of the basin.

Posted by Todd Lochmoeller at 5:27 AM