Alkali Canyon is a tributary to McElmo Canyon on the southeast side of the Canyons of the Ancients National Monument in southwest Colorado. The access I used was a west turn onto County Road N off of Highway 491, then a south turn on County Road 20. This area is northwest of Cortez, Colorado. This access is shown on the current Canyons of the Ancients maps that are available at the Anasazi Heritage Center near Dolores, CO. 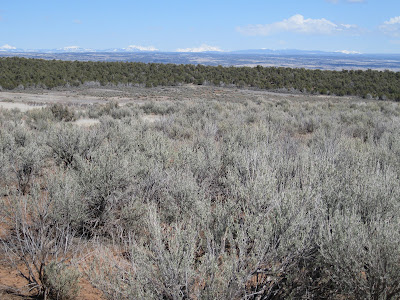 At the end of County Road 20 there is a wide circular turn around area. The access is confusing as there are No Hunting signs for the adjacent private property, but no signs indicating that the area to the southeast is part of the Canyons of the Ancients. I think this a recent acquisition as it doesn’t appear on older maps. From the starting point, there is a wide sagebrush and grassland area extending south with Pinon Juniper forest to the east. The west rim of Alkali Canyon is directly east about 1 mile away. 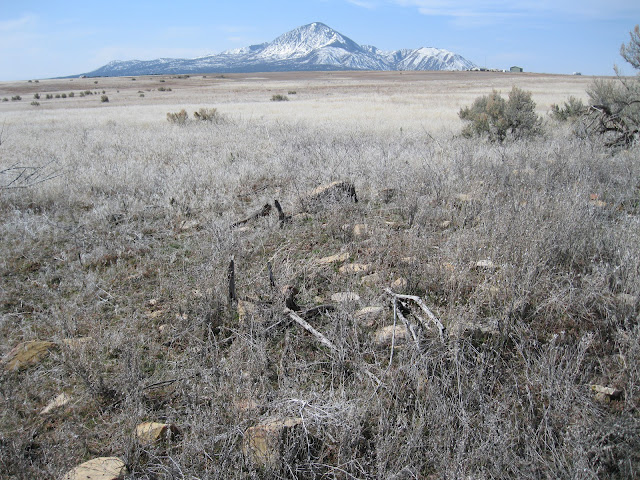 I started hiking east toward the forest close to the fence line. After only a few minutes of hiking there is a rubble pile Ancestral Pueblo ruins site that is somewhat overgrown with sagebrush. This site is located at a relative high point and has good views of the surrounding mountains including Sleeping Ute Mountain. 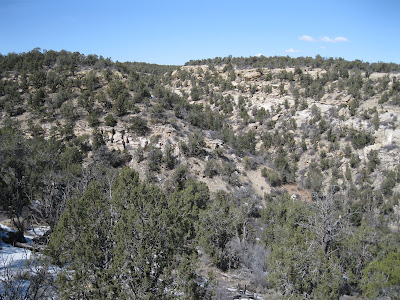 I continued east through the Pinon Juniper forest for 0:40 minutes before arriving at the west rim of Alkali Canyon. I scanned with binoculars but didn’t notice any structures from this view point. From this point I walked along the rim for about 0.5 miles south and then turned back west to the grass land area. 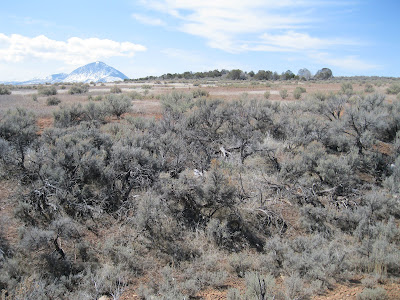 About 1 mile southeast of the starting point there is a hilltop area with sagebrush and a few trees. In this area there are some old ranch roads that lead into forest and also to the south. 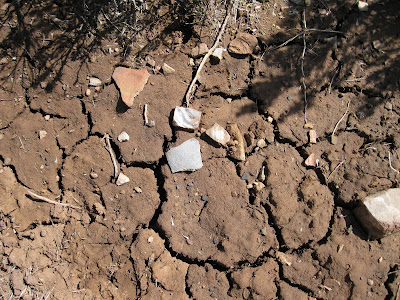 On the hilltop area I noticed many pottery shards but didn’t see anything that I was sure was a ruins site. From this hilltop the starting point and the rubble pile site were in view. My four mile hike took 2:30 hours and covered the most northwest square mile of the several square miles surrounding Alkali Canyon. I hiked on a 50 F degree early March day. There were a few patches of melting snow in the shady forested area.

Posted by Todd Lochmoeller at 12:14 PM