Stone Tools on the Trails

Hikes to the seldom visited Ancestral Pueblo ruins sites in the Canyons of the Ancients reveal pottery shards and small stones that could be tools. The Anasazi Heritage Center near Dolores, Colorado has interpretive displays to help understand these artifacts. While picking up and observing these objects in usually encouraged, they should be left where they are found. 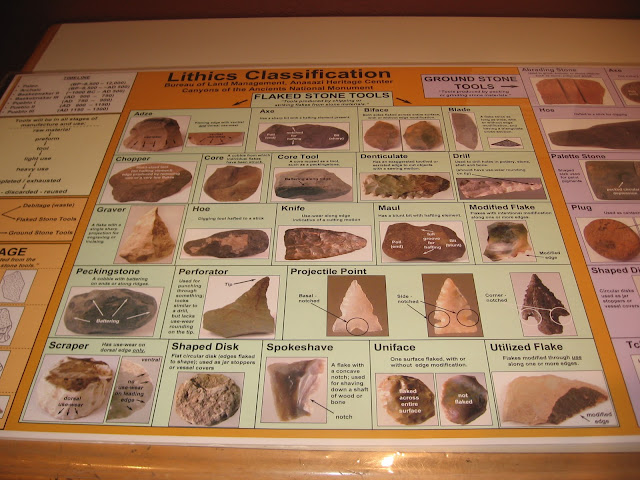 The Heritage Center display has 22 different types of lithics classifications, and this doesn’t include the large category of grinding stones. The stone pieces that I see are mostly not recognizable as a distinct shape, such as a projectile point, but many seem to have sharp edges or sharp points. 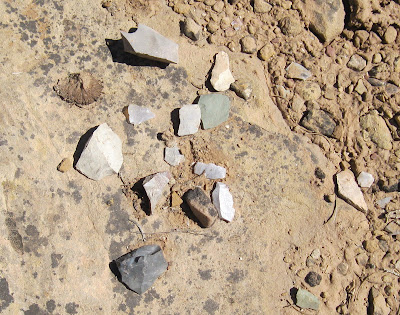 Occasionally there are small hiker made arrays of stones near a ruins site. Glancing at them, it is obvious that there are several different minerals available. 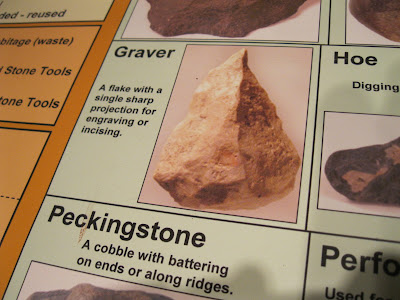 None of these shapes are very distinct, but among the classifications are blades, gravers and perforators. 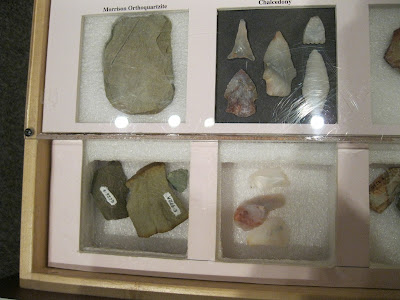 In a drawer below the lithics classification poster, there are examples of the minerals that are available in the Canyons of the Ancients, both in a raw and finished form. The minerals on display include grayish Morrison Orthoquartzite, silvery Chalcedony, streaky Silicified Sediment and streaky Chert/Silicified Sediment, grayish Brushy Basin Chert, the reddish Jasper, and grayish Burro Canyon Orthoquartzite. 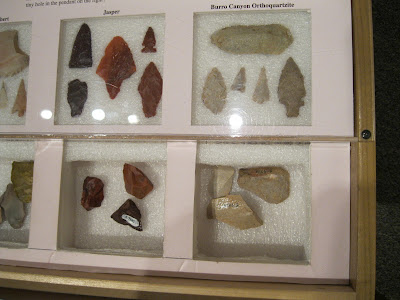 Chalcedony is described as a mix of quartz and moganite, two different crystal forms of silica dioxide. Chert seems to be a more general term for rocks that are quartz crystals but doesn’t include quartzite. Quartzite is a metamorphic rock that was originally sandstone and was altered due to pressure and heat. Orthoquartzite is very pure quartz sandstone. Jasper seems to be an impure form of Chalcedony and can occur in various colors due mostly to Iron. 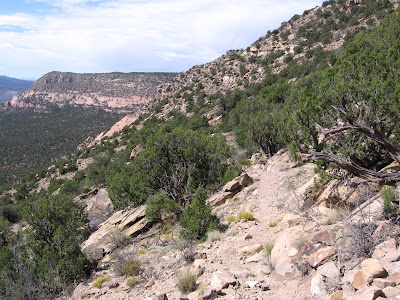 The Burro Canyon Formation and the Brushy Basin Member of the Morrison Formation are just below the Dakota Sandstone that forms the cliffs at the top of many of the Canyons of the Ancients. The trail guide for the Sand Canyon Trail has a diagram of these formations and they are exposed along the northern segment of the trail. 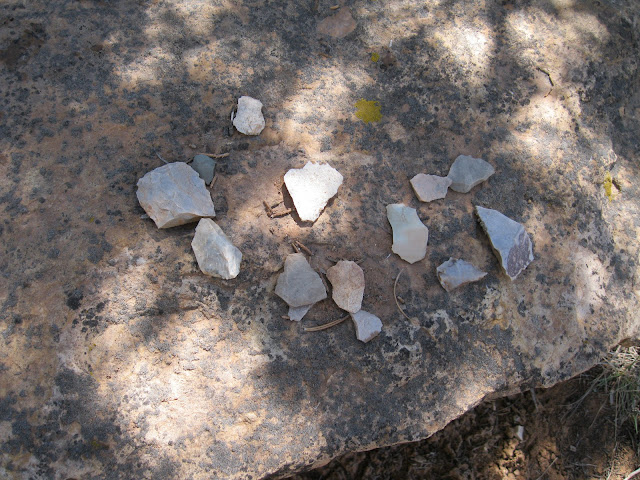 Another concept to consider when viewing these objects is Debitage, or waste flakes that are produced in making a useful tool.  One of the categories of waste flakes is called angular debris, a piece that breaks off while flaking by accident.

Posted by Todd Lochmoeller at 6:47 AM