The Yellow Jacket Pueblo is the largest known Ancestral Pueblo village in the Mesa Verde region. The 100 acre Yellow Jacket site is located mostly on property owned by the Archaeological Conservancy.

There are usually two or three free tours offered during the summer that are publicized and arranged through the Anasazi Heritage Center in Dolores, Colorado. 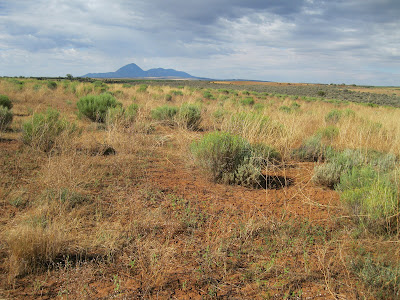 The site sits in the upland area between two arms of upper Yellow Jacket Canyon. Looking at the site from the parking area, it is overgrown with sagebrush without any of the 42 roomblocks with 600 or more rooms, 192-195 kivas, or 18 towers immediately apparent. The elevation is about 6800 feet.

The tour starts by walking for about 0:20 minutes through the sagebrush to the south end of the site. The main sites are thought to have been built and occupied from 1050 to 1300 AD and may have supported up to 1500 people. It is not apparent walking across the site, but many of the kivas and rows of room blocks has precise east and west alignments. 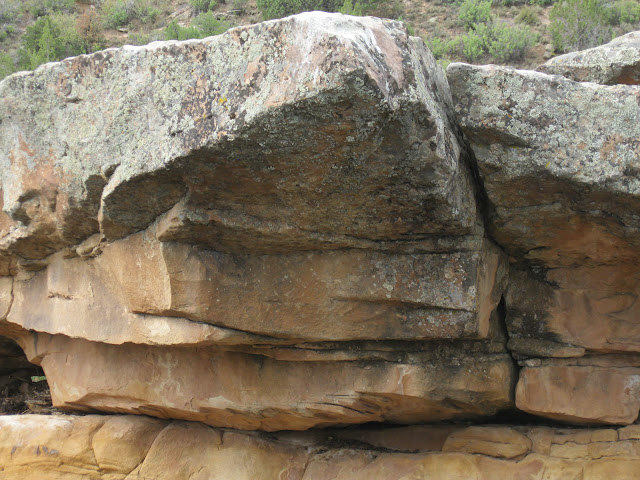 Several rubble piles sites and many pottery shards are visible before arriving at a southwest side canyon rim where a small petroglyph is visible under a rocky ledge. Across the canyon from the petroglyph was a sagebrush hilltop that is thought to be a Basketmaker site, but it is outside of the preserve property. 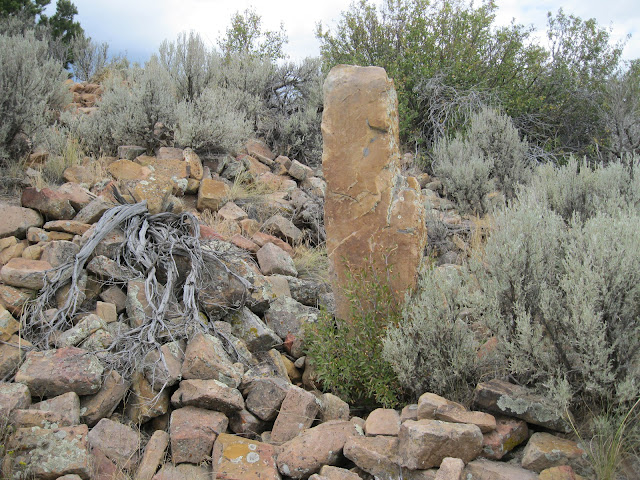 Near the petroglyph site there is a very large rubble pile structure. On one side there is a standing monument that is thought to have a summer solstice alignment with the Lizard Head formation and other peaks in the San Miguel Mountains that are visible about 50 miles away in the distance. We saw two other similar monuments that had fallen over. 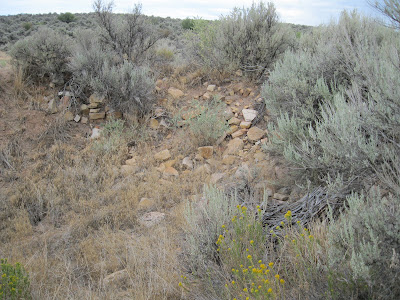 The highlight site is known as the Great Tower Complex on the northeast side of the pueblo. The large tower-kiva is 23 feet across and is part of castle like compact structure that may have been located to protect the spring water source for the area.

There may be several shrine structures along the east side of the site near the canyon rim, but we missed seeing them. The concept of shrine is somewhat vague and there aren't any interpreted shrine sites in the Mesa Verde area that I know of. They seem to be semi-circular east facing sites where offerings to the spirits or forces of nature are made. 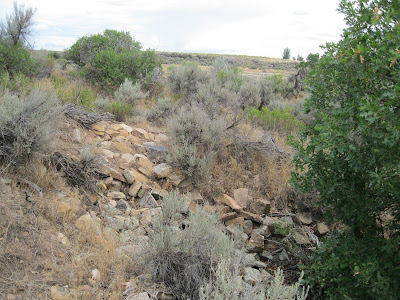 The Great Tower Complex has been partially excavated several times but has been back filled such that no standing walls are visible. This complex appears to have built relatively late in the history of Yellow Jacket, around 1240-1280 AD) 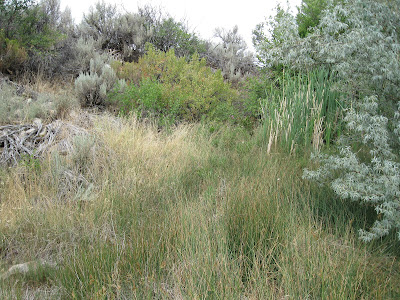 There is some surface water visible below the cattails and there is some rubble visible near the spring. In addition to the springs as a water supply, there are the remains of check dams along the drainages to catch surface runoff. 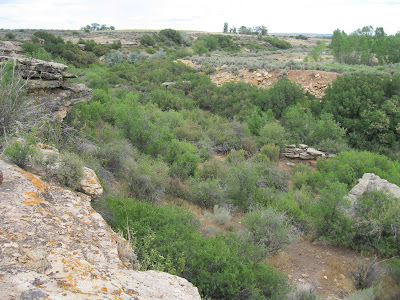 Further down the same canyon, there are rubble piles below the rim. The structures protecting the water source are thought to be part of a trend in the mid thirteenth century as rising population put more demand on the resources. Along with the rest of the Mesa Verde region, Yellow Jacket was abandoned by about 1300 AD. 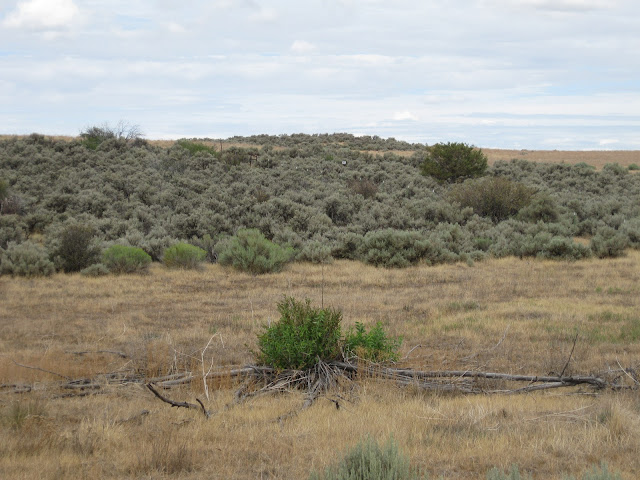 The Yellow Jacket site has a possible great house and great kiva on the north end of the site, outside the reserve boundaries and can only be viewed from a distance. It is thought that Chaco Canyon influenced people appeared here around 1080 AD.

There are several exact alignments at Yellow Jacket that are similar to the alignments found at Chaco Canyon.The total hike took 2:00 hours on late July morning.

Posted by Todd Lochmoeller at 6:04 AM