The Holly Ruins Group is one of the outlying sites of Hovenweep National Monument in southwest Colorado. The rough road leading to the Holly and Horseshoe Units appears on the Canyons of the Ancients map as Road 4721 and is about 5 miles north of the Hovenweep Visitor Center along County Road 10. 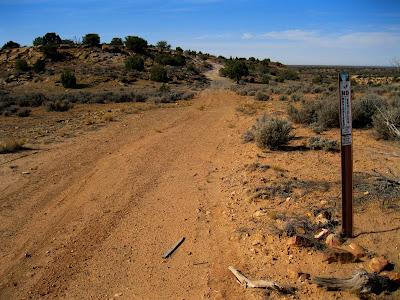 A short distance south of the Holly Ruins there is a junction with BLM Road 4723 turning south and Road 4721 continues southeast. Road 4723 is marked as closed to motorized vehicles. I started near this junction and followed Road 4723 along the mesa top area between Bridge Canyon on the east and Keeley Canyon on the west. 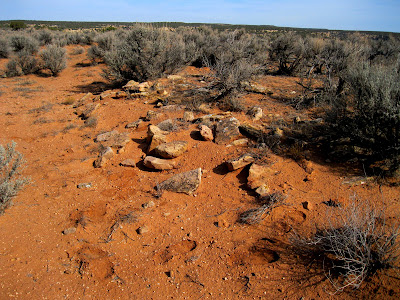 The road follows closely along the west rim of Bridge Canyon. After about 0:20 minutes of hiking I saw a small rubble pile near the rim. This site doesn't look like much but there are some pottery shards here so it is probably something. 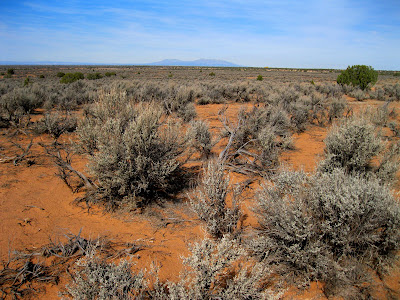 The mesa top area between Bridge and Keeley Canyons is a broad rolling field of sage brush. One can imagine that this was once a broad farming area used by the residents of the nearby Holly and Hackberry sites. At a few points along the trail the Headquarters for Hovenweep Monument is visible, with even the Hovenweep Castle visible despite being about 3 miles away. 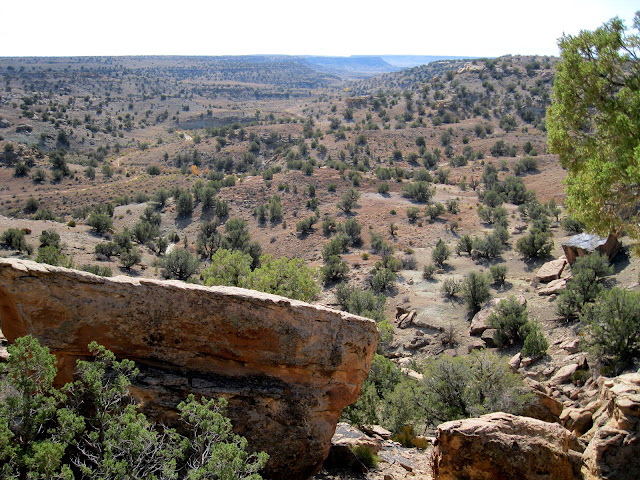 About 2 miles south there was a rocky boulder area that looked like a good location but I didn't see any ruins structures there. There were good views down Bridge Canyon toward the Cannonball Mesa Area. 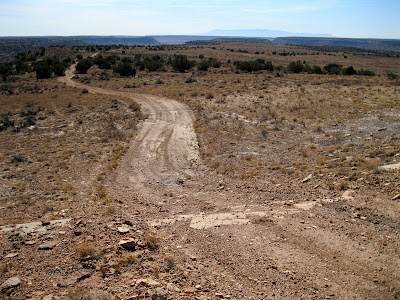 The road appears to continue for at least another mile. I turned around here after 1:30 hours. There is good visibility here and I didn't see any other ruins sites in the distance. From here I walked back northwest through the sagebrush fields toward a ruins site that was closer to the Keeley Canyon side of the mesa top. 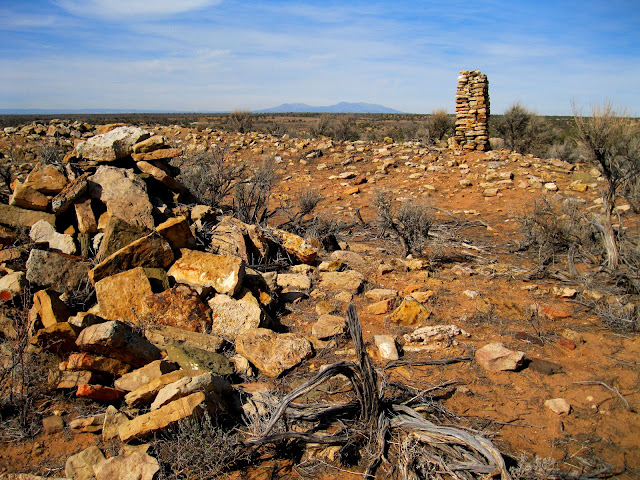 From my turnaround point it took 0:45 minutes to arrive at this site. There appears to be a circular rubble pile around a depression with an odd stack of neatly piled stones. Some of the towers of the Holly site are visible across Keeley Canyon. 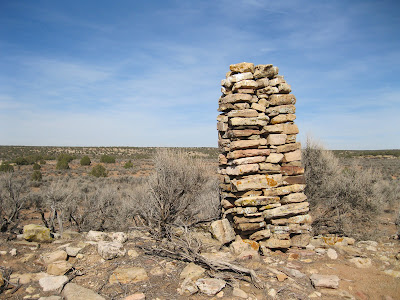 The stack of building stones acts a marker that makes this site more visible from a distance. I have noticed other tall rock cairns in this area but they didn't seem to be associated with ruins sites. 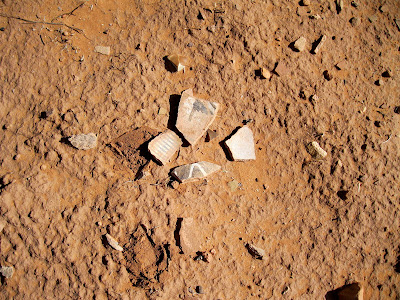 From this ruins site it took 0:30 minutes to return to the junction of roads 4721 and 4723. Along the way, there were across the canyon views of the Holly Ruins towers. My total hike took 3:00 hours for about 4 miles. I hiked on a 66 F degree early November day and carried 3 liters of water.

Posted by Todd Lochmoeller at 7:17 AM