The Castle Rock Pueblo Trail is a spur off of the Sand Canyon Trail in Canyon of the Ancients National Monument in southwest Colorado. The Castle Rock formation is visible from the slickrock parking area at the trail head, about 12 miles west of Cortez, CO on County Road G. 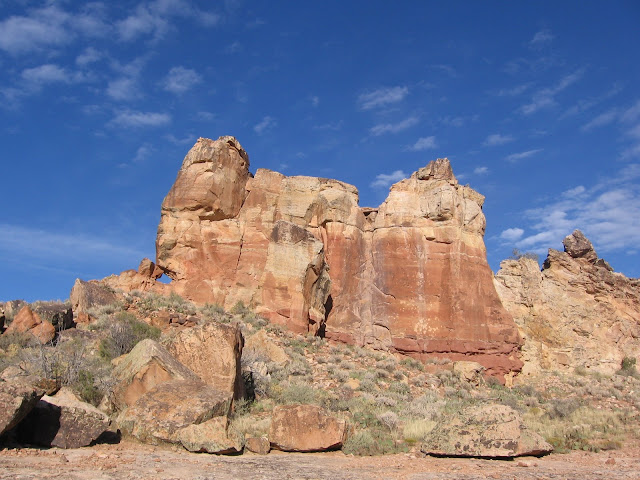 From the front side of Castle Rock a small arch is visible to the left. Below the arch are the rubble remains of some of the estimated 40 to 60 rooms that served 75 to 100 residents. In the notch at the top right, there appears to be a log floor with two courses of stone bricks. 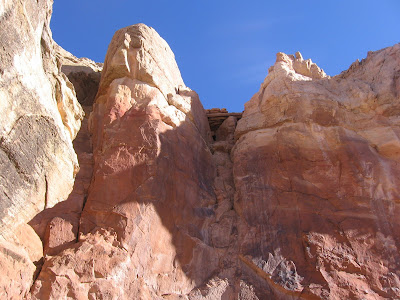 Getting up closer, the log floor looks like it could have been a lookout post, or maybe for signaling. On the south side of Road G and a little to the west is another large rock formation called Battle Rock. From a high enough vantage point there appears to be a structure on top of there also. 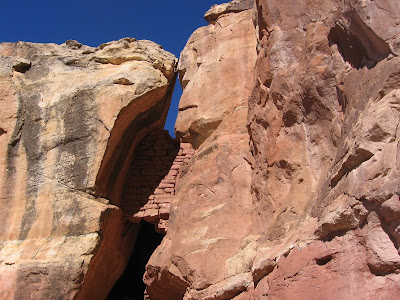 Just to the left of the lookout notch, behind a large slab of rock is a section of preserved wall. It is possible to view this oddly placed structure from the opposite side also. 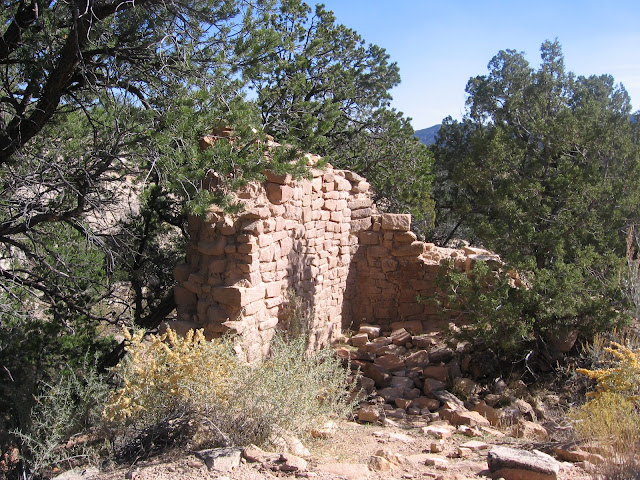 Hiking past Castle Rock on the west side there the spur trail leads around the back side to a large section of preserved wall. This seems to be a particularly thick wall section. 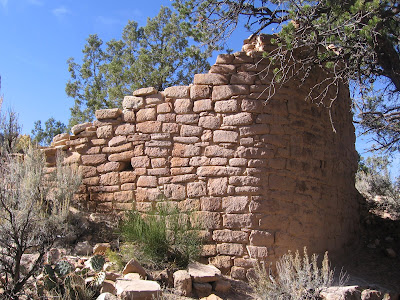 The habitat here is Pinon Pine and Utah Juniper forest. There is water in McElmo Creek slightly to the south but there doesn't appear to be permanent water in the vicinity of Castle Rock.

Posted by Todd Lochmoeller at 6:07 AM