The East Rock Creek Trail is a 5.0 mile loop off of the South Trail Head of the 6.5 mile Sand Canyon Trail in Canyons of the Ancients National Monument in southwest Colorado. The main trail head is 12 miles west of Cortez, CO on County Road G. 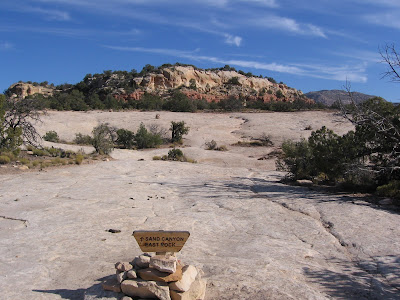 The trail junctions of the East Rock Creek Trail are at the 0.25 point and about 1.8 miles on the Sand Canyon Trail and are clearly marked. This is just past the large Castle Rock formation and ruins site that looms above the slickrock near the trail head. (In 2011 the formerly unnamed loop into the east fork of Rock Creek Canyon is now the East Rock Creek Trail. The segments mentioned here are now called Connecting Trails.) 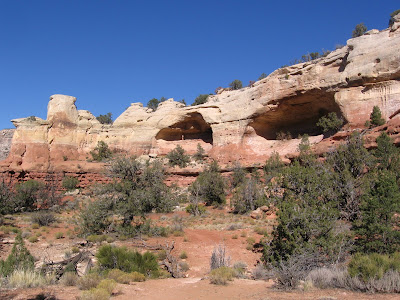 This trail has scenery typical of the high desert country seen in the Four Corners area, lots of Pinon Pines and Utah Juniper trees with eroded layers of rock stacked together and mountains or canyons in the distance. Turning at the 0.25 mile mark and heading west there are at least four small ruins sites in the first 1.5 miles. (This segment is the south Connecting Trail.) 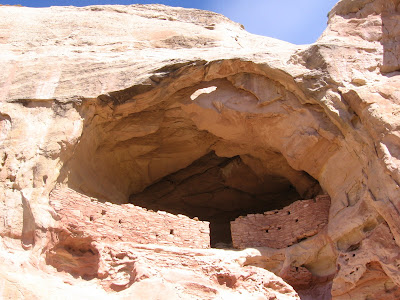 Three of the four ruins that are obvious are associated with rock alcoves that face the south. This one is the most extensive. 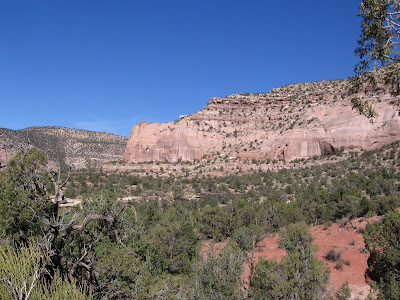 There are at least seven ruins visible between the 1.5 and 2.5 mile trail posts. They are down in Rock Creek Canyon to the west and are easy to miss as they are not right along the trail. It is helpful to have binoculars to view them. There is a large arch that I've called Rock Creek Arch another 20 minutes along the formenrly unnamed trail (the 2011 East Rock Creek Trail) that continues north. 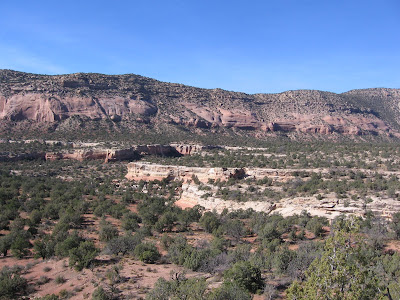 Just above the trail junction there is an odd small hole in the side of the hill that appears to be a mining effort. The views are good from the elevated area with a spur trail leading to the edge of the mesa. 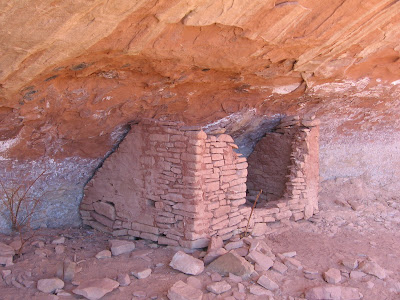 It is 0.75 miles across the mesa area to the connection with the Sand Canyon Trail. Along the return route to the trail head there are several spur trails to at least two small ruins sites along the south end of this scenic trail. 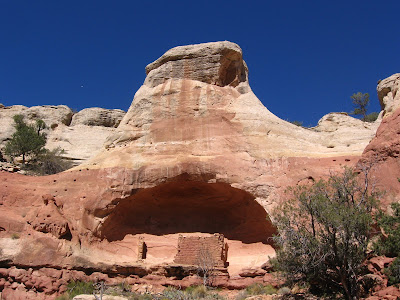 One of the two sites is known as Saddle Horn Ruins, the only one with a well known name. (In 2011 several of the other sites on the Sand Canyon Trail have publicized names.) I usually spend about 3:00 hours on this loop with stops to view the ruins.

Posted by Todd Lochmoeller at 5:15 PM