The south leg of the Woods Canyon Trail leads to the large Woods Canyon Pueblo in Canyons of the Ancients National Monument in southwest Colorado.

The trail head is on County Road U west of County Road 15 across the road from one of the Carbon Dioxide gas plants. This area is near the town of Yellow Jacket, CO and west of Highway 491. 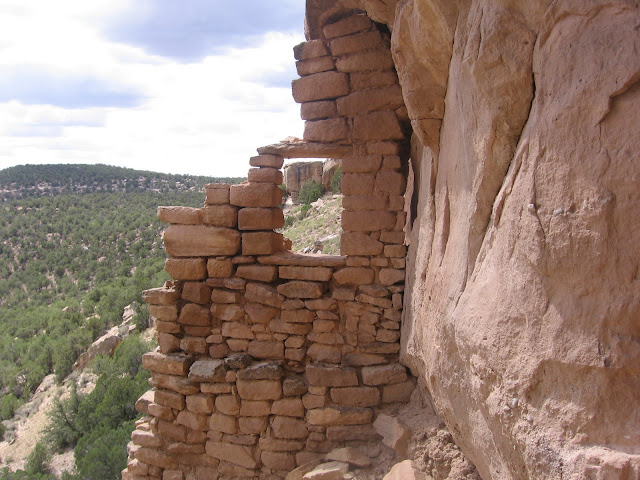 The trail follows an old road down into a side canyon and then into the main Woods Canyon to a junction that allows travel north and south. For this hike I turned south toward and then under the major power lines that cross the canyon a short distance to the south. From the trail junction there is also a large Ancestral Pueblo ruins site about 1 mile to the north. 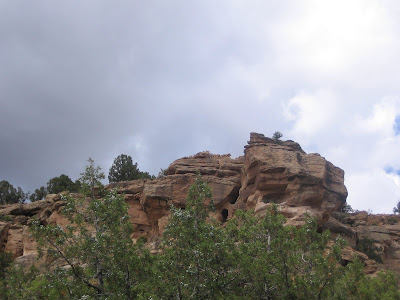 A few hundred yards past the power lines some cliffs become visible on the west side. With binoculars, some wall sections of a ruins site are visible just below the canyon rim. There is a creek with flowing water between the trail and the ruins site. Parts of the creek bottom are very thick with vegetation.

I continued on the trail a little south of the ruins site until I found an area where the vegetation thinned out and the creek could be easily crossed. I didn’t see a trail going up to the ruins site. A short distance up the canyon side, rubble pile ruins structures start to appear and there are many of them. 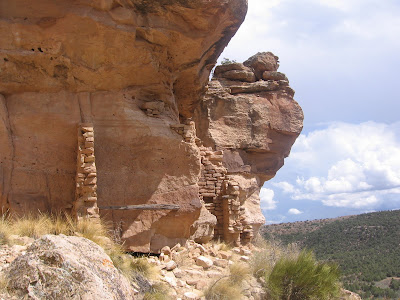 The climb up to the standing wall sections is steep and a little treacherous. From below, some wall sections on the canyon rim are visible but I couldn’t see them from the ledge just below the rim. I didn’t see any easy way to get onto the rim from the ledge. (On a later hike I found a route that connects to the trail along the ledge under the rim.) 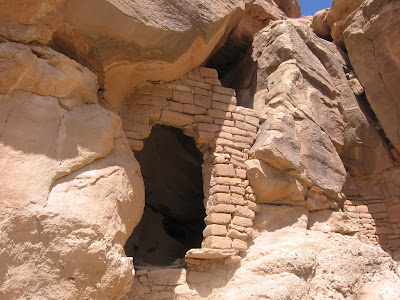 Besides the most obvious below the rim wall sections, there are others visible along the rim to the south and maybe some storage sites to the north. 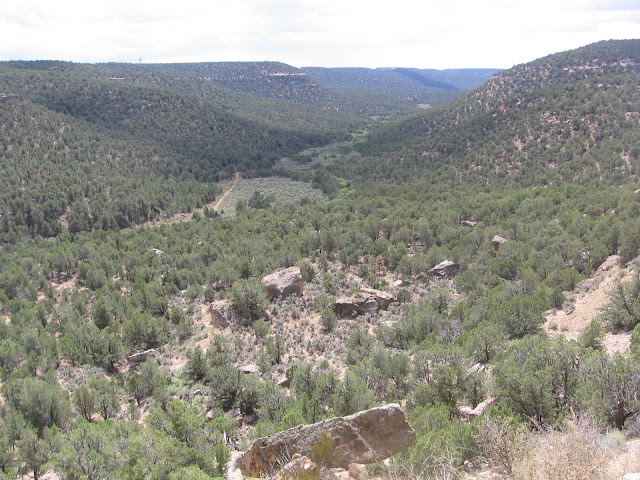 From the elevated position there are views up and down Woods Canyon. Several of the large boulders to the south show rubble remains on top and there are many rubble mounds down the canyon side hidden by the Pinon Pine and Juniper forest.

The Woods Canyon Creek appears to have year round water and some of the pools support cattails and bulrush. I saw at least one large cottonwood tree in the canyon bottom. There are also fields of sagebrush visible, indicating good soils for farming. Woods Canyon appears to be a relatively lush location that could have supported large villages. 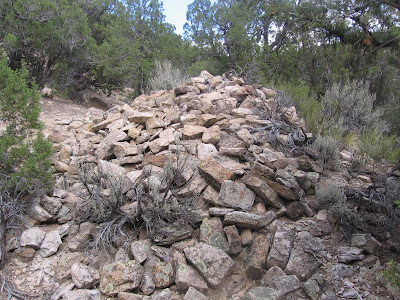 I returned after visiting this site, but the trail appears to continue further south. My return hike to the trail head from the ruins just below the rim took about 1:00 hour for a distance of about 2 miles.

I spent 4:00 hours total on this hike but much of it was spent exploring the side canyon west of the trail junction. That side canyon looked promising but I didn’t find anything but good views. I carried 2 liters of water on a 70 degree F partly cloudy day in late August.

Posted by Todd Lochmoeller at 5:19 AM