Along the south and east edge of Canyons of the Ancients National Monument near Cortez, CO, there are many rock alcoves visible from the County Road G where access is blocked by private property. 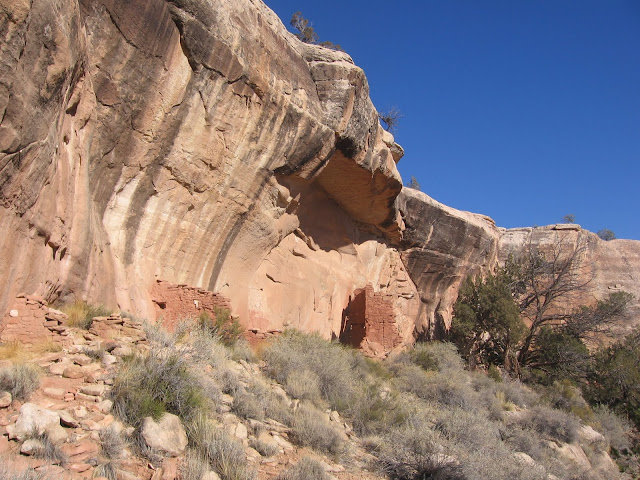 The most distant Ancestral Pueblo ruins site that seems to still be in hiking range is located more or less behind the Kelly Place Bed and Breakfast, maybe 1.5 miles east of the Sand Canyon Trail Head. There are two possible routes to get to this relatively large site. The longer way is to follow the main Sand Canyon Trail about 3.3 miles to the small sign that says “Sand Canyon”, then turn east off the trail and follow the unmarked East Sand Canyon Trail past three side canyons until it intersects with the drill hole service road.

On a previous hike it took me 2:30 hours to get to Mad Dog Tower using the main trails and it is another 0:30 minutes to get to this eastern site. The 3:00 hours assumes that there is no stopping at the 20 or more ruins sites along the way. 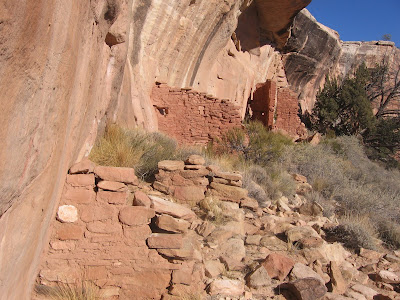 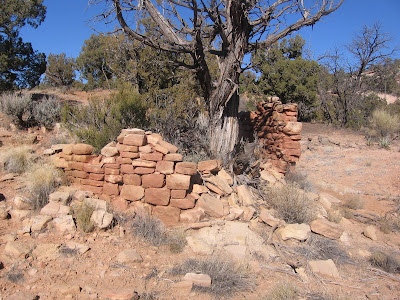 The horse trails that cross the area east of Mad Dog are well marked and look like they get a lot of use. The horses seem to have an access point in the private property that is not available to hikers. The main Sand Canyon Trail area is dominated by hikers and mountain bikers, but the eastern area is the domain of horse riders.

A few hundred yards south and east of Mad Dog Tower there is another circular structure that has a dead Juniper tree in the middle of it. I missed this site when I was hiking east from Mad Dog Tower on the previous hike. It is close to the horse trail but not very near the rock face where I was looking at the alcoves. 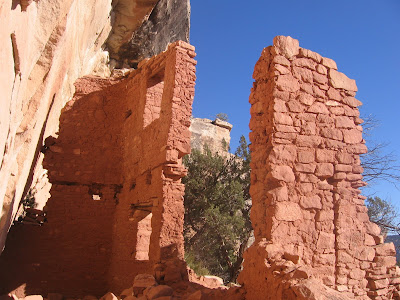 The horse trail passes around the upper end of a deep side canyon and several empty alcoves before arriving at the site. There is a trail up to the site on the left side that enters on the left end. It looks like there are remains of three separate structures with the largest at the right end. The large structure on the right still stands tall with details of the doorway construction still visible. 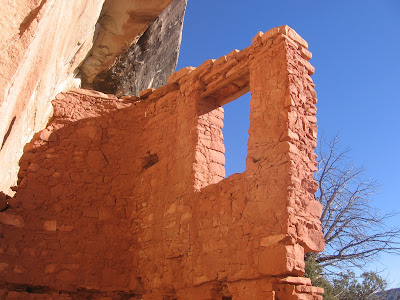 I followed the Mouth of Sand Canyon route both out and back and stopped at the mouth alcove ruins and the lookout ruin above it. With another short stop at the circular neighbor of Mad Dog Tower, it took me 3:00 hours to arrive at this site. My return hike without stops took 2:00 hours and my total hike was 5:15 hours for about 6.5 miles on a 55 F blue sky day in late November. I carried and drank two liters of water.

Posted by Todd Lochmoeller at 11:21 AM