At the north trail head of the Sand Canyon Trail in Canyon of the Ancients in southwest Colorado, to the west side, there is the short interpretive trail to the mostly unexcavated and large Sand Canyon Pueblo. With about 420 rooms, 100 kivas and 14 towers it is larger than the spectacular Cliff Palace at nearby Mesa Verde. 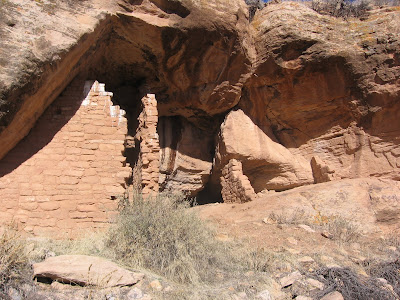 There is also an unpublicized site on the east side of the canyon rim near the trail head that spills over the rim into some of the alcoves just below the rim. This site is only 100 yards or so off the trail but is not visible from the trail. It is fairly easy to hike over and view this site. These sites at the Sand Canyon trail head rest on the Dakota Sandstone layer. 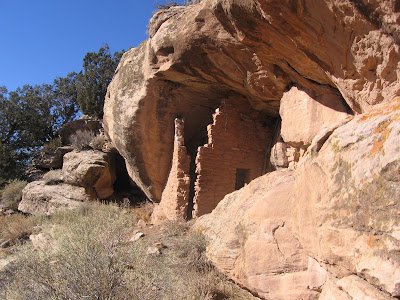 The below the rim area can be reached from the main trail by descending about 10 feet, then turning off the trail and working your way east. There may be a few rock cairns to guide the way. The rubble pile ruins start to appear before reaching the alcove. Looking inside, there are some roof beams still in place. Just to the east of the alcove, there is a notch that allows passage to or from the rim. 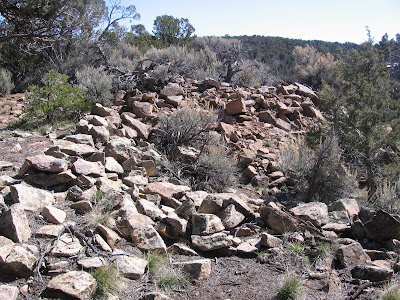 Posted by Todd Lochmoeller at 9:21 AM