The Goodman Point Ruins Group of Hovenweep National Monument is a mostly unpublicized site in the vicinity of the north end of the Sand Canyon Trail in Canyons of the Ancients National Monument.

Goodman Point was the first site in the country to receive protection, withdrawn from homesteading in 1889. In 1951 it was added to Hovenweep National Monument, though the other Hovenweep sites are many miles to the west. 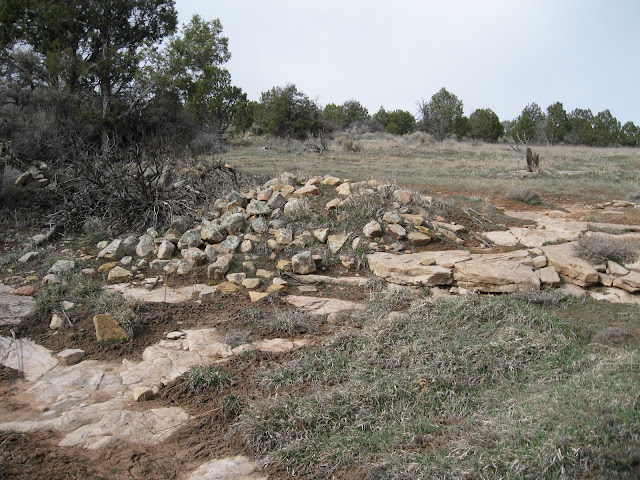 The site has a good sign but it is down the trail and not visible to those driving by. There are hints that there might be something here. In summer, there may be portable rest rooms that don't have an apparent reason for being there. 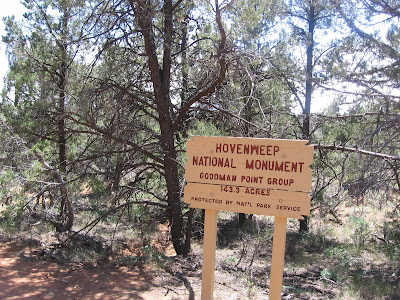 There are two entrances through the fence into the site along County Road P between Roads 17 and 18 northwest of Cortez in southwest Colorado. The site fence has some tiny NPS signs that are also a clue that there is something here. In 2012 a small parking area has been constructed next to the east entrance, making this entrance more obvious.

The Goodman Point Unit consists of 42 different sites. In April 2006, Crow Canyon Archaeological Center began a six year project to examine these sites. The easiest site to view is the main pueblo site on the east side of the unit. 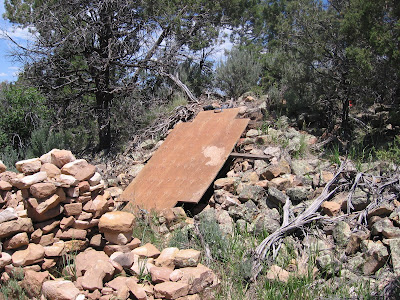 In 2008 many of the rubble piles had trenches cut into them, string lines placed, sandstone bricks neatly stacked and piles of excavated soil resting on plastic sheeting. The trenches were all covered with custom fitted doors, but in spring 2011 this activity appeared to be mostly finished. 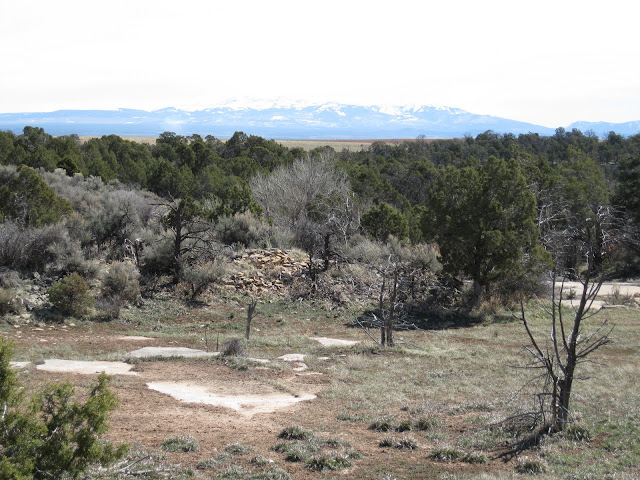 Entering at the east entrance and following the trail to the head of the canyon, there are two short trails on each side of the drainage leading to the numerous rubble pile sites. 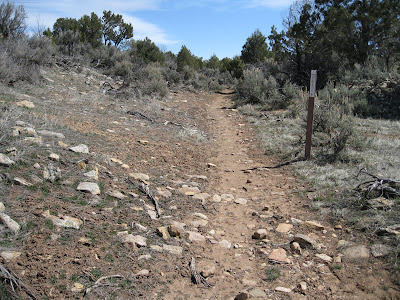 .In the drainage area there is the Juarez spring that is thought to yield 2800 gallons per day, enough water for the 500-800 residents thought to have lived here. The environment here is Pinon Pine and Juniper forest with sage brush mixed in. 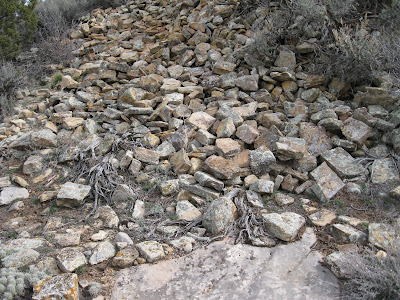 There are very large rubble piles on both sides of the trail. The short brochure has a map of the site showing the locations of towers, kivas, and the village enclosing walls. I didn't see any intact wall sections but the amount of rubble is enormous. Goodman Point Pueblo seems to have a high number of Kivas, maybe more than 100 for the 500-800 residents. 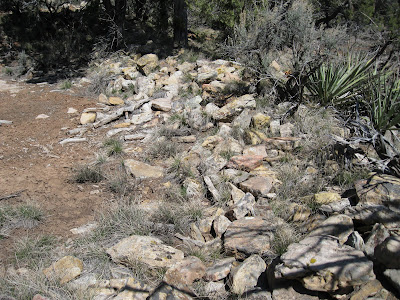 Along with the Sand Canyon Pueblo, this is one of the largest pueblo sites in the area, and it is interesting that Sand Canyon and Goodman Canyon are adjacent. The site enclosing walls are reasonably easy to pick out, long and low structures on the east end and also along the north side. 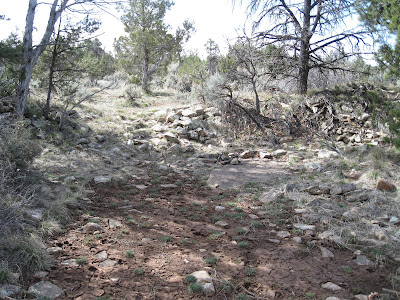 The site map shows a great kiva on the south side of the canyon. Although the rubble piles are confusing for amateurs, there is a large circular area with a depression in the center that is reasonably recognizable. I walked around this large area for about 2:00 hours on a 44 F degree late March day. 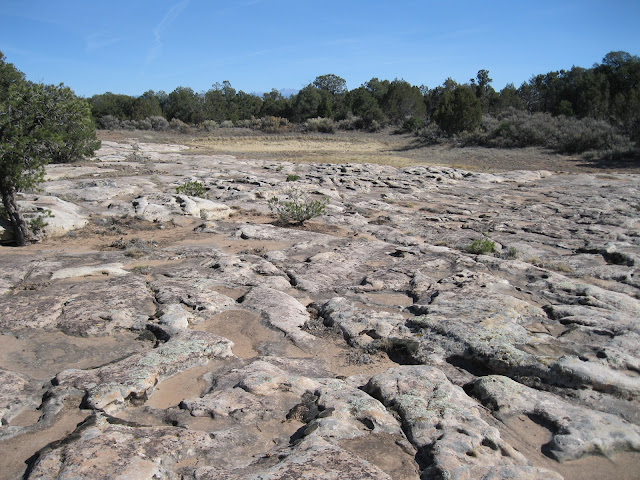 Goodman Lake is thought to be an Ancestral Pueblo reservoir and it is associated with the Goodman Point Pueblo. It is about 0.5 miles to the south but the direct route from the Pueblo is blocked by a strip of private land.

On the east boundary of the Goodman Point Unit of Hovenweep Monument there is a 0.5 mile strip of Canyons of the Ancients Monument. This strip of Ancients allows for a hiking route around the private property. 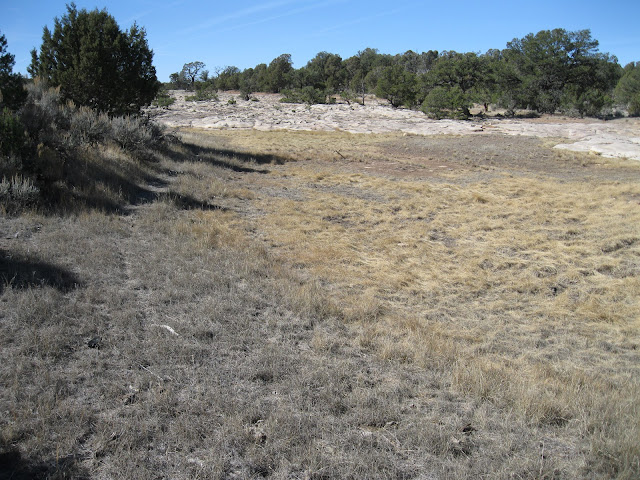 I followed the trail that is on the north side of the Goodman Point Pueblo to the east side fence and then followed the fence line south. On the south side of the private property I continued west while staying close to the fence. There is a minor drainage to cross. After crossing, there is a large sandstone outcrop with a berm at the east end. Recent historic ranchers may have dredged and enlarged the existing ancient reservoir.

It took me about 0:45 minutes to arrive at the reservoir from the east end of the Goodman Point Pueblo. It is thought that Ancestral Pueblo farmers used this reservoir in the centuries before the construction of the main pueblo. There is also water in this area from the small Mona spring but I didn't see where it is located. During my late October visit the reservoir was dry.

Posted by Todd Lochmoeller at 5:36 AM