Turkeys of the Ancients


One of the minor displays at the Anasazi Heritage Center in Dolores, Colorado discusses the importance of turkeys to the Ancestral Pueblo people that lived in the Four Corners region.

Turkeys, along with dogs, were the only domesticated animals kept. It is thought that domestication began around 800 AD, though wild turkeys had been captured and used before. Turkeys were important as a source of food, feathers, and a source of bone tools. 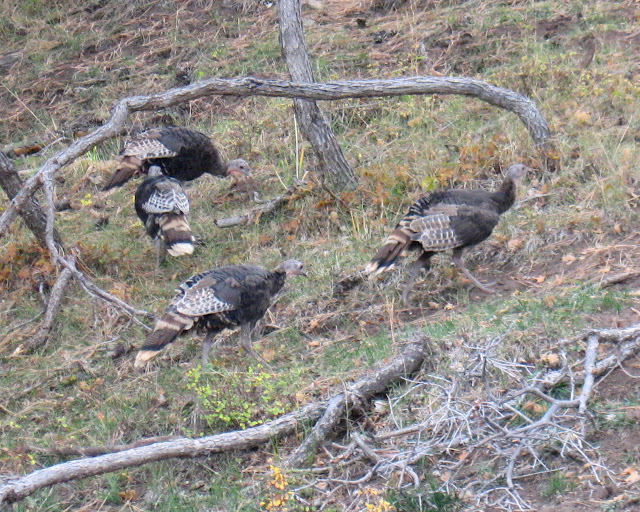 The wild turkey that currently lives in the region is called Merriam’s Wild Turkey and is a sub species of the well known Wild Turkey. Male turkeys can reach a length of 48 inches and weigh 18 pounds. The typical habitat is the Ponderosa Pine forests that are mixed with Aspens down to the Gambel Oak forest that blends into the Pinon Pine and Junipers.

They naturally eat pine nuts, acorns, green vegetation, and insects, particularly grasshoppers in summer. The interpretive information at the parks often says that the Ancestral Puebloans fed the turkeys with corn until they started to run out of corn and then the turkey remains disappeared from the trash mounds. 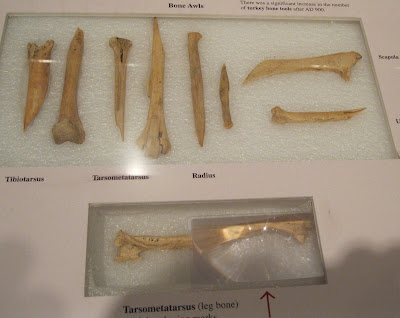 The drawer display has several examples of bone tools made from the turkey skeleton. 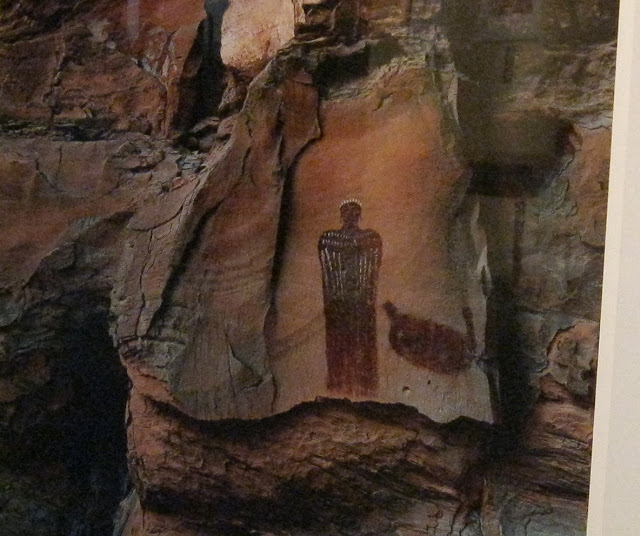 Turkeys appear occasionally in the rock art of the region. This Barrier style image was part of the Sacred Images exhibit at the Anasazi Heritage Center in 2011. The text with this picture only says it is from the western Colorado River drainage. It isn't one of the images on the Horseshoe Canyon Trail in Canyonlands. 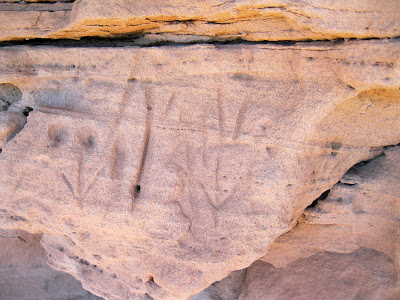 There are turkey track petroglyphs in the Canyons of the Ancients. This image is near the Big Spring Pueblo and Hovenweep Canyon. 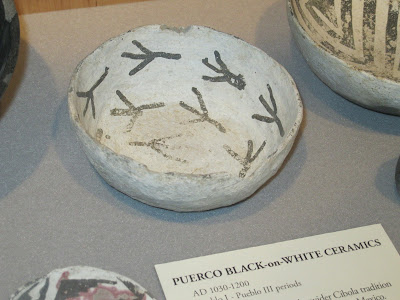 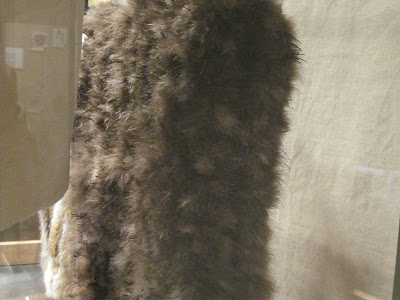 The turkey feathers were used to make robes, blankets and socks. There is a replica of a turkey feather robe at the Anasazi Heritage Center. 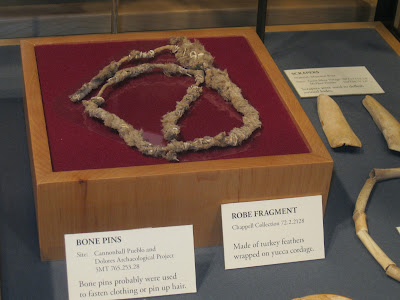 The feathers were split down the middle and wrapped around yucca cords. By 1100 AD feather wrapping was more common than fur, perhaps because the materials were easier to obtain. 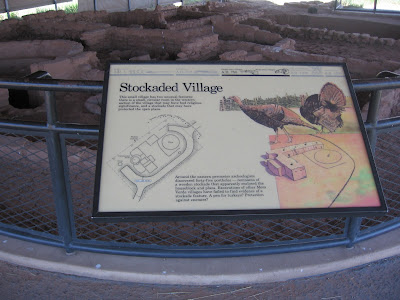 On Wetherill Mesa at Mesa Verde, the Two Raven House on the Badger House Trail features evidence for a fence that partially encloses the plaza. One of the possible explanations for the fence was to keep turkeys in or out of the village. One of the ruins sites along the Kane Gulch Trail in Grand Gulch, Utah is known as the Turkey Pen Ruin.

Posted by Todd Lochmoeller at 6:38 AM