The Little Ruins Canyon Trail is a 2.0 mile loop at Hovenweep National Monument on the south Utah-Colorado border. The trail visits at least 10 ruins structures built by Ancestral Pueblo People who lived here until about 1300 AD. 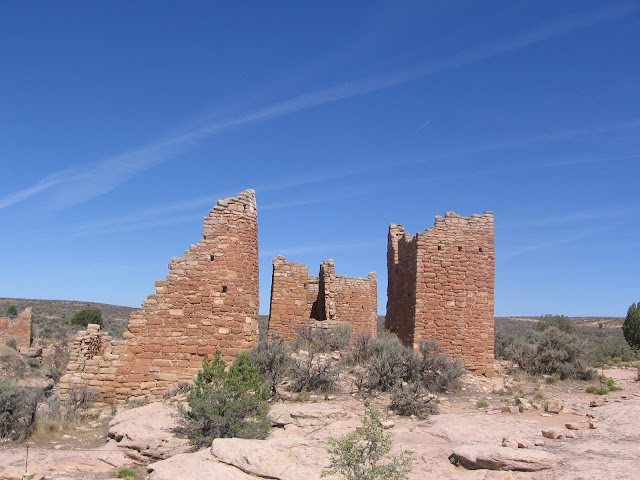 The trail begins a short distance from the visitor center and follows around the rim of this east and west lying canyon, dipping into and crossing the canyon at the east end. The Hovenweep Castle is near the west end at the southern most of the two canyon heads. 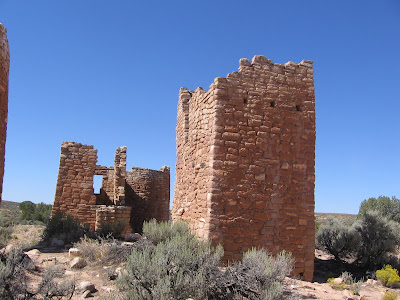 The trail guide says there are two D shaped towers. The terrain on the canyon rim is very dry, with sage brush and a few scattered Utah Juniper trees. The stonework at the Hovenweep sites is considered to be very good and to show a variety of styles and shapes. 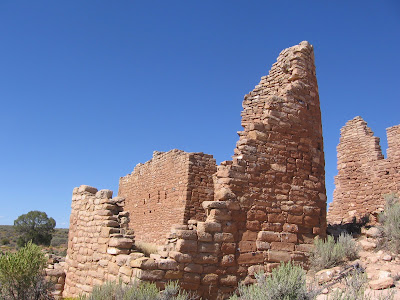 These structures have some T-shaped doorways, a feature seen on many of the Ancestral Pueblo sites all around the region, including at Mesa Verde and Chaco Canyon. Some of the smaller holes are thought to be related to observations of the sun. 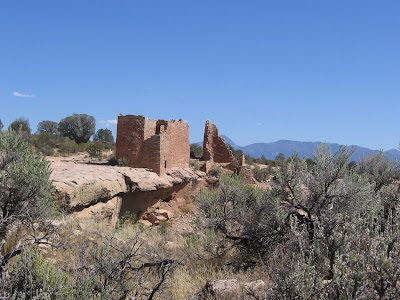 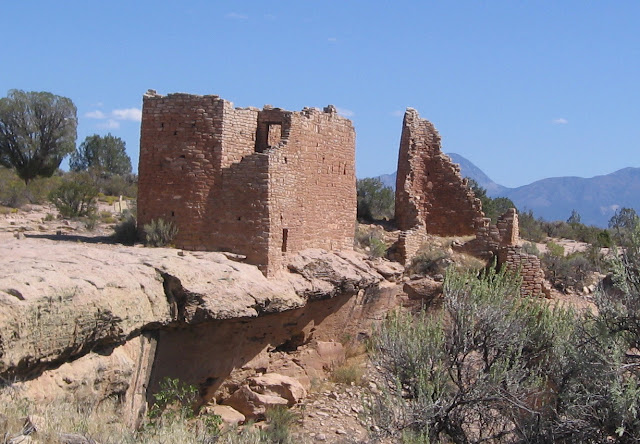 The interior of Hovenweep Castle is closed, so visitors can’t observe the beams of light themselves. 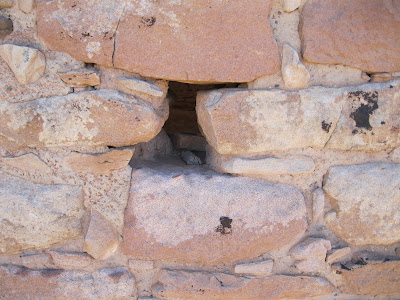 Many of the Hovenweep structures have portholes so the solar observations seem like they must have been noticed after construction. 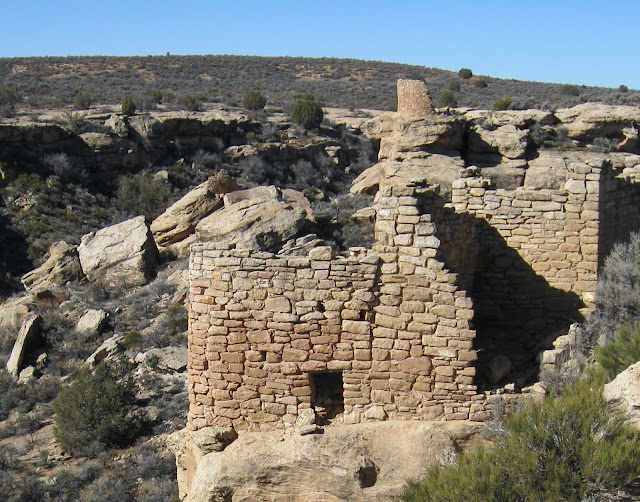 Unit Type House on the north rim also has some portholes on the east side that catch the rising sun rays on the solstices. 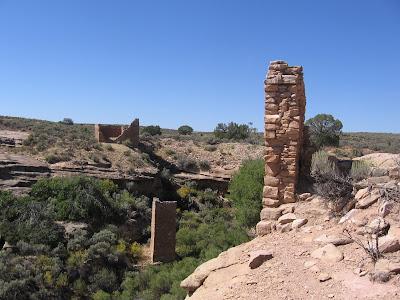 Below the canyon rim where Hovenweep Castle sits is the Square Tower. The area at the canyon bottom is greener due to the seep springs and has plants, like the large Hackberry trees, that are not growing on the canyon rim. 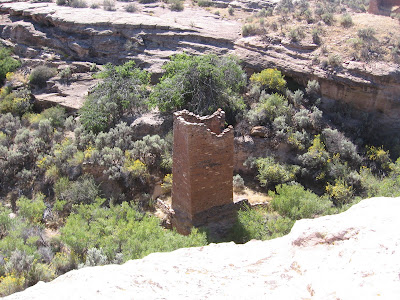 The Square Tower shows a slight spiral, twisting slightly in a clockwise direction. The trail guide indicates that the spiral shape was for added strength or aesthetics. The guide also says there is a circular kiva associated with the tower. The location of the Square Tower near the spring may be to protect it. This practice of protecting the water resources appears to be common at the Hovenweep sites.

Posted by Todd Lochmoeller at 7:31 AM