This road is the extension of County Road 12 south from the junction with County Road BB west of Pleasant View, Colorado. Visitors to the Hovenweep National Monument area arriving from the north side pass this junction when traveling west toward County Road 10. 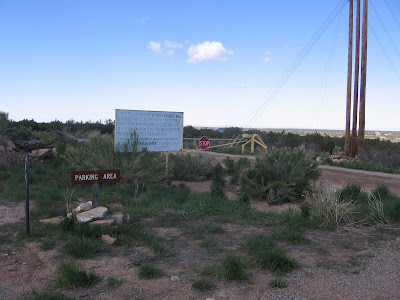 It is 5.8 miles south to the Canyons of the Ancients sign. It is 8.5 miles to the closed gate and there is a left turn at a BLM sign describing the Mockingbird Mesa area as closed to vehicles but open to foot traffic and horses. 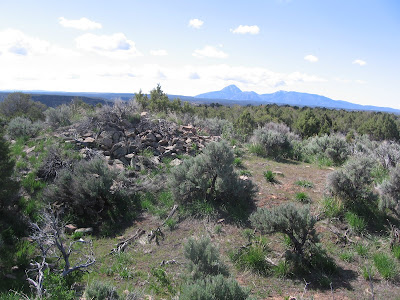 This was my first hike in this area and my goal was to stay near the road. I didn’t know anything specific about the area and was lucky to meet the plant operator, Rick, who was very enthusiastic and helpful. Kinder Morgan has several carbon dioxide wells and processing facilities along the first three miles of road.

There are some small oil and gas facilities toward the further end of the road and large power lines along the whole length. This industrial activity appears to be very clean and well managed and could be cited as an example of good cooperation between industry and outdoor recreation. The carbon dioxide is obtained from a very deep rock formation and is used to aid oil extraction. Much of it is currently being transported by pipeline to west Texas. 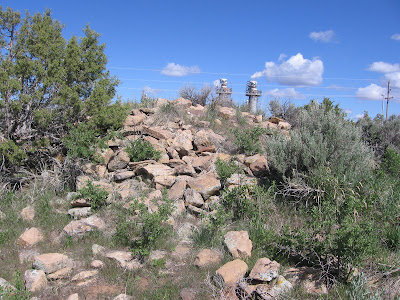 A hike starting at the closed gate can get off to a good start by finding the ruins site that is behind the Kinder Morgan gas plant. I went through the gate and circled counter clockwise behind the plant. There are several large rubble pile ruins a short distance from the rim overlooking Sandstone Canyon. I imagine that when the builders originally chose their site they didn’t imagine what would someday be in their backyard. 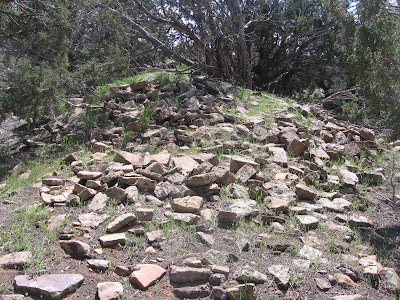 There is another rubble pile ruins site 0.6 miles down the road on the west side. Neither this site nor the site behind the gas plant is apparent from the road and were pointed out to me by Rick the plant operator. 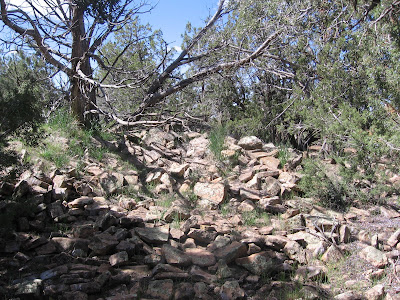 This site is at the point where the road is very close to the Sandstone Canyon Rim and there are some taller trees about 50 yards west from the road. 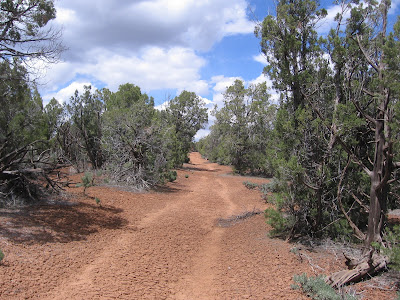 I was expecting that ruins sites would be visible from the road, but I didn’t see any. The Pinon Pine and Utah Juniper forest is relatively thick and there aren’t many good view points along the road. I made several random turns off the road into the forest and found two minor ruins sites along the way, but it is hard to describe where they were.

I walked about 4.5 miles past the gas facilities called Hovenweep C Cluster and Hovenweep D Cluster. There are side roads along the way to explore.  There is a site called Seven Towers in southwest part of this area to search for. At about 4.5 miles south there is an oil facility called Cutthroat B. Some visitors may want to bring a mountain bike to travel down the main road before starting a hike further into the backcountry. 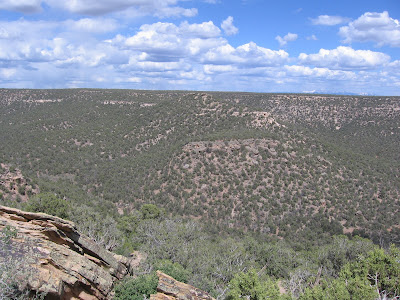 On my return hike I walked the last 0.6 miles along the Sandstone Canyon rim rather than stay on the road. Following the rim east of the road may be the best strategy here if you are only going to visit the area once. From the rim I spotted two ruins sites associated with large boulders in the area below the rim.

There is a drainage at the canyon bottom with a couple of leafy trees indicating some permanent water. These sites look approachable but I was too tired to go there this time. There may be a ruins site on the other side of the canyon to the northeast of the trailhead gas plant. Rick says there is one there but I couldn’t spot it for sure from the distance. My total hike took 6:10 hours for about 9 miles. I carried two liters of water and drank it all on a 60 F mid May sunny day.

(On later hikes I visited the sites below the rim and across the canyon that are mentioned here. Use the labels for Mockingbird Mesa to see these posts.)


Posted by Todd Lochmoeller at 6:48 AM